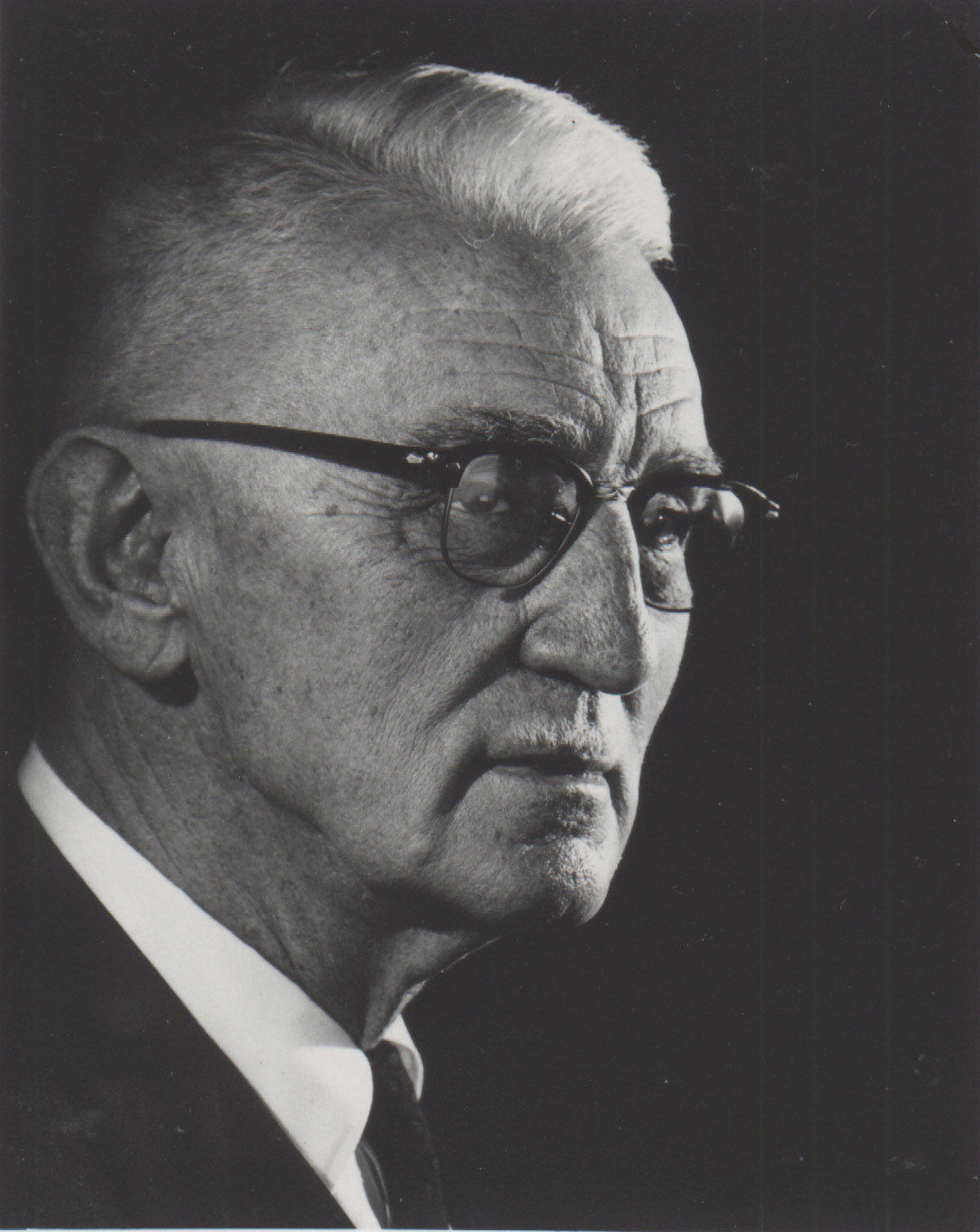 Griffith Observatory’s first Director, Dr. Dinsmore Alter, recognized the role the Observatory could play in dispelling the public’s misconceptions about the natural world. These ranged from simple fear of the dark to the belief that celestial events were omens of disaster to confusion between astrology and astronomy. A series of exhibits were therefore created to explain basic sky phenomena with subjects that changed each month. Some titles of early planetarium productions included “Sky of a Winter Evening,” “The Moon, Our Nearest Neighbor,” “Worlds of the Solar Family,” “Eclipses,” and “Trip to the North Pole.” In 1937, Dr. Alter inaugurated the Griffith Observer, which has been published monthly without interruption to the present.

By the time the U.S. entered World War II, the Observatory had matured into a popular public monument and tourist attraction. The war would drastically change the activities of the Observatory along with the rest of Los Angeles. Dr. Alter, a colonel, and many other employees of the Observatory were called into service in early 1942, and Dr. Clarence Cleminshaw took over as Acting Director. Soldiers were garrisoned in Griffith Park, and a large air raid siren was set up adjacent to the Observatory. The planetarium did its part by training several squadrons of naval aviators to navigate by the stars.

The Observatory’s wartime schedule was limited to daytime to decrease nighttime traffic for fear that enemy ships and planes could use lighting to target the city. Despite the war, demand to see planetarium shows did not decrease. In fact, the limited schedule caused some shows to sell out as far as ten weeks in advance. Planetarium shows during the war were preceded by 15-minute presentations about the Pacific war zone, which took viewers from Los Angeles to Hawaii and then on to Japan and back to Los Angeles

Upon Alter’s return after World War II, he was cited by the press as believing that a trip to the moon would be possible within the next 100 years. His speculation that space travel was becoming a more realistic prospect had a great effect upon the focus of the Observatory, and planetarium shows changed from an instructional series focused on the basic tenets of astronomy to a dramatically new type of planetarium show, the first of which was called “A Trip To The Moon.” With this new format, Alter introduced a concept that would dominate the Observatory’s focus for the coming decade: space travel.

The efforts of Dr. Alter and his associates also served to legitimize the concept of space exploration by helping to educate and energize an entire generation of visitors. In fact, the presence and favorable reaction of the American Astronomical Society at the premiere of “A Trip to the Moon” marked one of the first times such a distinguished and professional group acknowledged the realistic possibility of traveling into space.

In 1958, at the age of 70, Dr. Alter retired after 23 years as Director of Griffith Observatory. He passed away in June 1968, just about a year before Apollo 11 would validate his prophetic vision of space exploration. 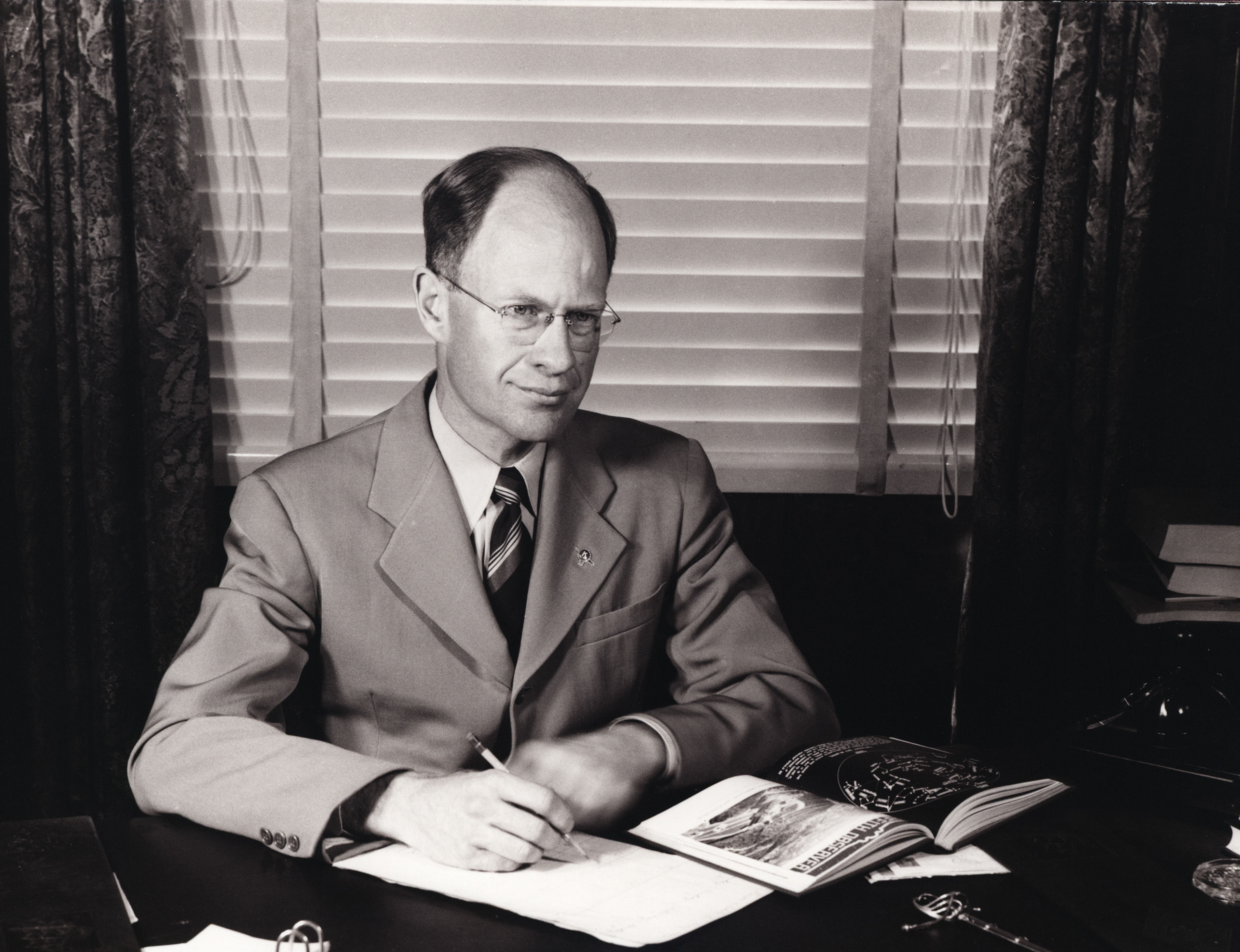 While Dr. Alter dreamed of space travel, Dr. Clarence Cleminshaw, the next Director of Griffith Observatory, became a part of the national aerospace program by training 26 astronauts of the Apollo Space Program on the subjects of star identification and celestial navigation. Cleminshaw had already served as Alter’s deputy for more than 20 years and was well acquainted with the Observatory.

In addition to perpetuating Alter’s dream, Cleminshaw would oversee the first renovation and modernization of the Observatory. In 1960, the white concrete structure below the copper domes was repaired and repainted, a huge task which required extensive scaffolding under the large dome. That same year a new console was added in the planetarium, in anticipation of the arrival of a new Zeiss Mark IV planetarium projector in 1964 to replace the original Zeiss Mark II projector (which was showing signs of wear). This new projector created sharper images and was much quieter in operation. With the air pollution nearing its worst in the Los Angeles basin, the projector enabled spectators to view more than 4,000 stars in all their pristine glory, as opposed to the handful that could be seen in the light-polluted, smoggy skies above the city. Dr. Cleminshaw retired in 1969 after 33 years of service to the Observatory and passed away in 1985. 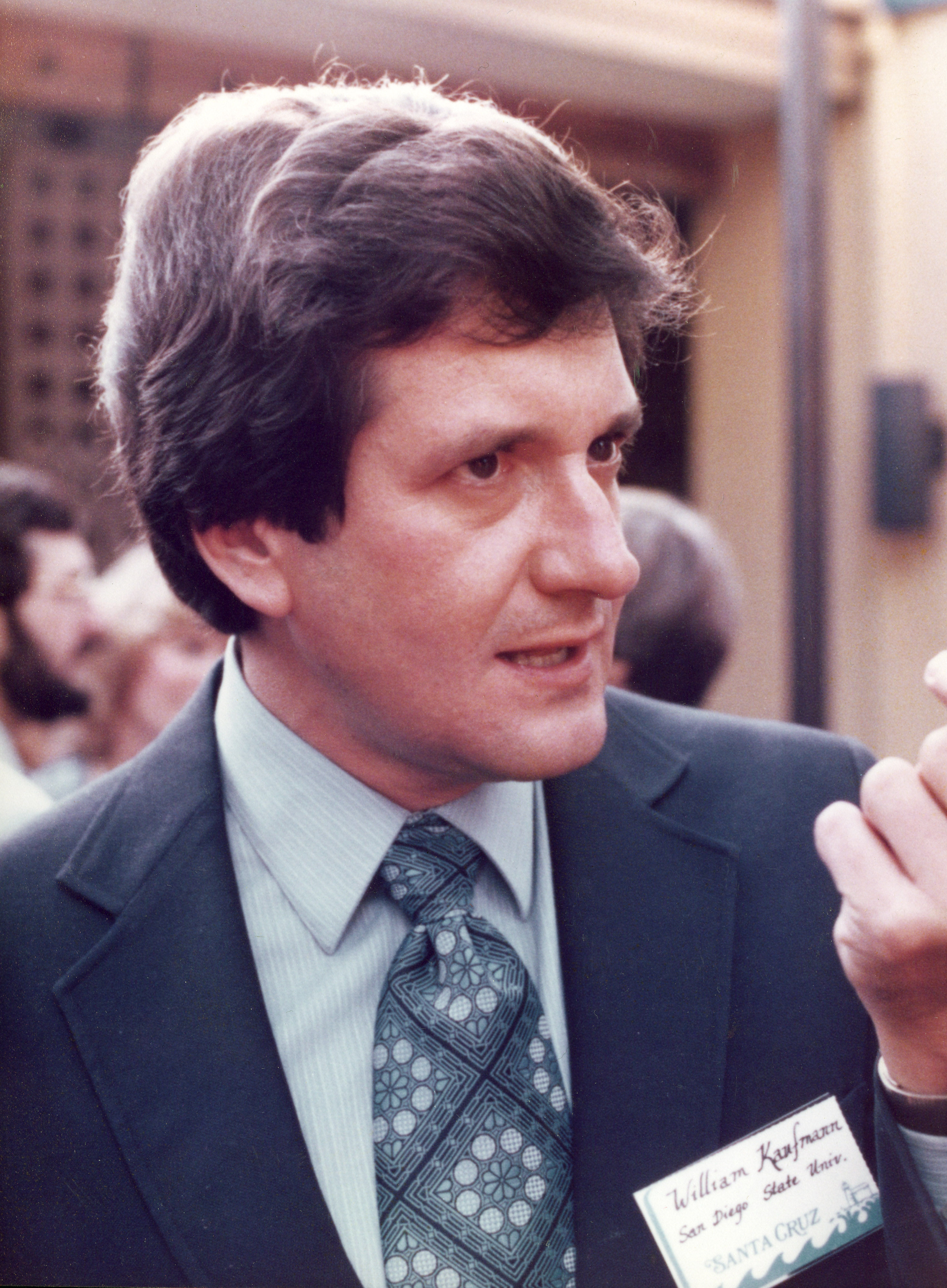 In 1969, 27-year- old Dr. William J. Kaufmann III became the youngest Director at any major observatory in the United States. His youth and vitality fueled his efforts to bridge the gap between the scientific community and the general public to allow everyone to share in the advances of astronomy.

Under Kaufmann’s direction, Griffith Observatory would host a lunar exhibit, showcasing lunar rocks that allowed visitors to see up-close a piece of the celestial object which had been viewed countless times through the Observatory’s telescopes. The exhibits in the Hall of Science reflected the public’s interest in the space program, with an exhibit of a “spacemobile” and models of other spacecraft.

The new information about the moon learned by Apollo 11 and 12 also led to a new planetarium show entitled “New Discoveries from the Moon,” which not only presented data but also dealt with the practical issue of whether these efforts were worth their lofty price tags.

In 1973, the first Laserium show in the U.S. was presented in the Observatory’s planetarium theater. This laser-light program, set initially to classical music and later to songs from artists such as Pink Floyd, proved to be instantly popular. These exhibitions of modern laser light technology were conducted by a “laser-artist” (Laserist for short) with computer-programmed material to create eye-catching images. Kaufmann’s goal to reach out to the public extended beyond theatrics, and in 1972 the Observatory premiered its first planetarium show in Spanish. Dr. Kaufmann left the Observatory in 1974 to pursue other interests and passed away in 1995. 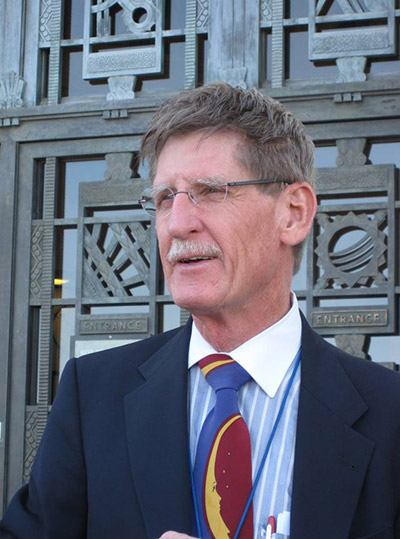 Dr. E. C. Krupp became the Acting Director of Griffith Observatory in 1974 upon Dr. Kaufmann’s departure (the “Acting” designation was dropped in 1976). Krupp had been hired in 1970 as a Planetarium Lecturer and been appointed Observatory Curator in 1972. Little older than Kaufmann at the time of his appointment, Krupp embraced both the history of the Observatory and its need to share the growing tide of knowledge being generated by large telescopes and the space program.

Krupp undertook an effort to update some of the Hall of Science exhibits to reflect these discoveries. He oversaw development of new exhibits on galaxies, radio astronomy, and cosmic rays. Krupp also decided to extend the Observatory’s curriculum to include his own personal passion for archaeoastronomy by creating planetarium shows such as “Stonehenge and Ancient Astronomy” and “In Search of Ancient Astronomers.”

Like Dr. Alter many years before, Krupp worked actively to dispel the public’s superstition of celestial events. It was clear that irrational fears of the sky had not disappeared with time when, in 1982, nine planets of the solar system grouped together loosely on one side of the sun, heralding, according to the purveyors of doom, a phenomenon known as the “Jupiter Effect.” The Observatory again had the responsibility of reassuring the public, in this instance, that the Jupiter Effect would not trigger the Great California Earthquake, as was pseudo-scientifically forecast.

Within a few years of his appointment as Director, Krupp recognized that the 43-year-old Observatory was showing its age. He began to develop a long-term strategy for the renovation and renewal of the facility. He worked closely with Debra Griffith, the wife of Griffith J. Griffith’s grandson Harold, in 1978 to found the non-profit Friends Of The Observatory (FOTO). They saw FOTO as a means for the public to support directly the improvement of the Observatory.

Krupp also believed the Observatory needed to embrace the latest technologies to serve better its audience. He oversaw introduction of the Observatory’s first personal computers and first Internet connection and development of the first website in the City of Los Angeles.

The 1980s and 1990s brought unprecedented crowds to the Observatory. A series of major astronomical events such Halley’s Comet in 1986 and the impact of Comet Shoemaker-Levy 9 with Jupiter in 1994 raised the Observatory’s national and international profile even further. The copper domes of the Observatory were cleaned back to a “penny finish” in 1984, a year before the building celebrated its 50th anniversary. And in 1990, a consulting firm hired by the City completed a Master Plan for the renovation and expansion of Griffith Observatory. Thus began the road to a project that would fundamentally transform the Observatory.