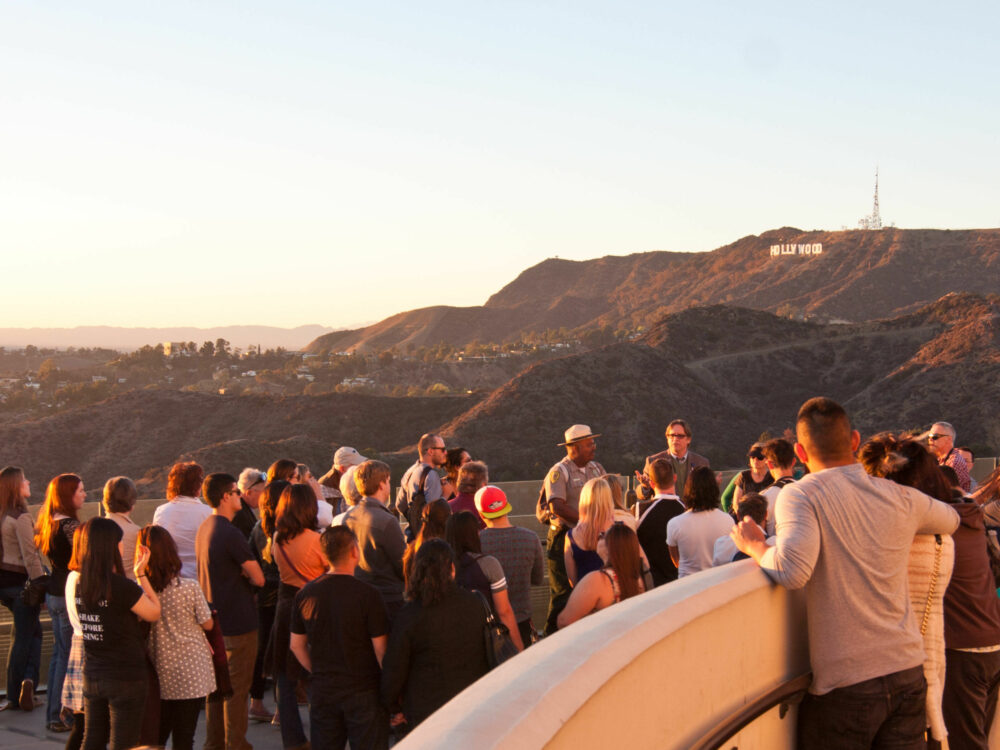 Griffith Park is open daily from 5:00 a.m. to 10:30 p.m. Griffith Park is on the eastern end of the Santa Monica Mountain range (and Hollywood Hills), just west of the Golden State Freeway (I-5), roughly between Los Feliz Boulevard on the south and the Ventura Freeway (SR 134) on the north. Alcohol, smoking, open fires, and drone flying are prohibited throughout the park. 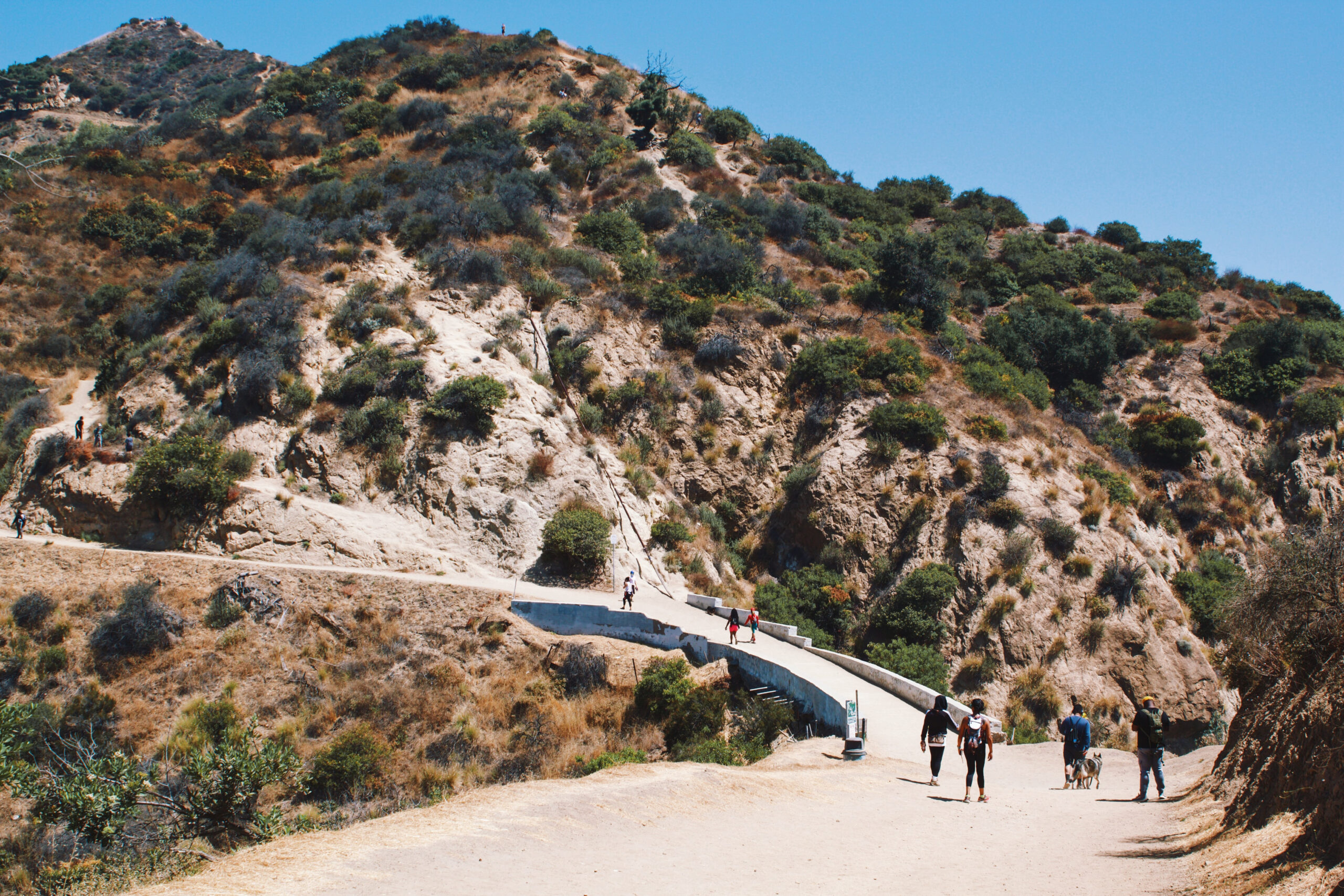 Hiking into the rugged hills and sparsely developed areas is perhaps one of the most popular forms of recreation in Griffith Park. Hikers may use the entire 53-mile network of trails, fire roads, and bridle paths. Maps of trails and current information on trail closures and special restrictions are available at the Ranger Station, (323) 913-4688. All trails in the park are closed at dusk. Open fires and smoking are not allowed. One of the most rewarding hikes in the park is the trail leading from the Observatory parking lot to the summit of Mount Hollywood, the highest peak of the park, which affords spectacular views of the entire Los Angeles Basin. Hikers should approach the park with caution; Griffith Park is a wilderness area with wild quail, rodents, foxes, coyotes, rattlesnakes, and deer. Do not feed the wildlife. Bicycles are not permitted on trails, and dogs must be on leash at all times in the Park.

Originally a part of the Spanish land grant, Rancho Los Feliz, the park is named for its former owner, Colonel Griffith J. Griffith. Born in Glamorganshire, South Wales, Griffith emigrated to the United States in 1865, eventually making a personal fortune in Mexican silver mines and, subsequently, southern California real estate. In 1882, Griffith settled in Los Angeles and purchased a 4,071 acre portion of the Rancho Los Feliz, which stretched northward from the northern boundaries of the Pueblo de Los Angeles. On December 16, 1896, Griffith bequeathed 3,015 acres (equal to five square miles) of his Rancho Los Feliz estate as a Christmas gift to the people of Los Angeles to be used as parkland. “It must be made a place of recreation and rest for the masses, a resort for the rank and file, for the plain people,” Griffith said on that occasion. “I consider it my obligation to make Los Angeles a happier, cleaner, and finer city. I wish to pay my debt of duty in this way to the community in which I have prospered.” Since Griffith’s original gift, further donations of land, City land purchases, and reversion of private land to public domain have expanded the Park to its present size. Griffith died in 1919, but left a sizable trust fund to complete the two major dreams he had for the park: construction of a performance amphitheater (the Greek Theatre, built 1930) and an observatory and hall of science (Griffith Observatory, opened 1935.)

With over 4,210 acres of both natural chaparral-covered terrain and landscaped parkland and picnic areas, Griffith Park is the largest municipal park with urban wilderness area in the United States. Situated in the eastern Santa Monica Mountain range, the Park’s elevations range from 384 to 1,625 feet above sea level. With an arid climate, the Park’s plant communities vary from coastal sage scrub, oak, and walnut woodlands to riparian vegetation with trees in the Park’s deep canyons. The California native plants represented in Griffith Park include the California species of oak, walnut, lilac, mountain mahogany, sages, toyon, and sumac. Present, in small quantities, are the threatened species of manzanita and berberis. Over the years recreational attractions have been developed throughout the Park, however, an amazingly large portion of the Park remains virtually unchanged from the days Native American villages occupied the area’s lower slopes. Today’s Griffith Park offers numerous family attractions, an assortment of educational and cultural institutions, miles of hiking and horseback riding trails, and an ideal environment for enjoyable recreation activities.