From Griffith’s bequest in 1919 to the Observatory’s dedication on May 14, 1935, the story shifts to the astronomers, architects, and public leaders who made his vision to reality. From 1935 – 2002, the Observatory welcomed 70 million visitors and became the world’s leader in public astronomy, a story told in the context of the building’s four Directors.

Griffith Observatory’s unique architecture and setting, compelling programmatic offerings, and cinematic exposure have made it one of the most famous and visited landmarks in southern California. Tens of millions have come to walk the inside of the building, view the live planetarium shows, or simply gaze out towards the coast and the heavens. This cultural and scientific icon owes its existence to the dream of one man, Griffith Jenkins Griffith, and to the dedicated scientists and public servants who worked to fulfill his vision of making astronomy and observation accessible to all. 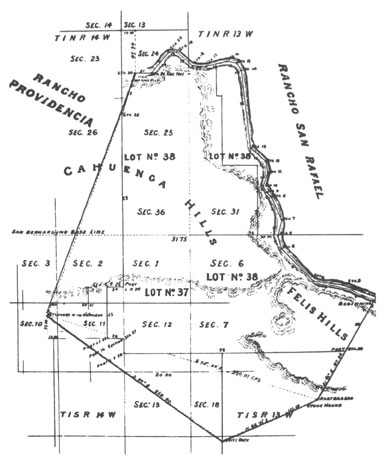 The land on which Griffith Observatory sits was once a part of a Spanish settlement known as Rancho Los Felis. The Spanish Governor of California bequeathed it to Corporal Vincente Felis in the 1770s. The land stayed in the Felis family for over a century, being subdivided through generations, until Griffith, a wealthy mining speculator, purchased what remained of the rancho in 1882.

Griffith J. Griffith was born in Wales in 1850 and came to America as a teenager. He worked as a journalist and mining advisor before making his fortune in Mexican silver mines and, subsequently, southern California real estate. He moved to Los Angeles after purchasing the rancho and spent the rest of his life there. Griffith enjoyed being referred to as “Colonel” Griffith, though it seems he was never officially commissioned as an officer (nor is it clear that he even served in the military).

During a tour abroad, Griffith had discovered the great public parks of Europe and decided that his home, Los Angeles, would need a “Great Park” for the public in order to become a great city. On December 16, 1896, he donated 3,015 acres of Rancho Los Felis to the City of Los Angeles in order to create a public park in his name. “It must be made a place of rest and relaxation for the masses, a resort for the rank and file, for the plain people,” Griffith said on that occasion. “I consider it my obligation to make Los Angeles a happy, cleaner, and finer city. I wish to pay my debt of duty in this way to the community in which I have prospered.” Griffith Park became the largest urban park in the U.S. with wilderness areas. The City Council proclamation accepting Griffith’s gift hangs (along with a portrait commissioned after his death) in the W.M. Keck Foundation Central Rotunda inside Griffith Observatory. 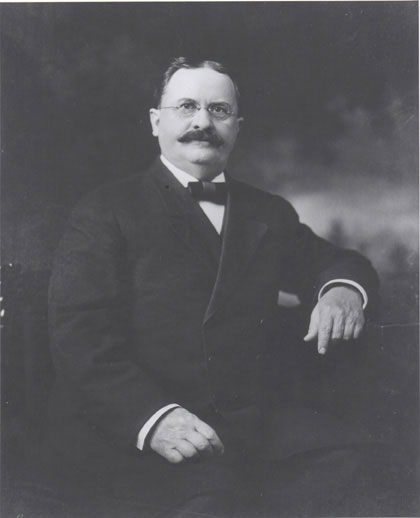 Griffith J. Griffith was introduced to astronomy through the Astronomical Section of the Southern California Academy of Sciences. He was also impressed by his visits to the new research observatory established at Mount Wilson in 1904. He believed that an individual gained an enlightened perspective when looking at the skies. His reaction after looking through the 60-inch telescope at Mount Wilson – then the largest in the world – was described by John Anson Ford: “The experience moved him profoundly – a distant, heavenly body suddenly being brought so close and made so real!” Ford quotes Griffith as saying “Man’s sense of values ought to be revised. If all mankind could look through that telescope, it would change the world!”

Griffith’s experience on Mount Wilson focused his desire to make science more accessible to the public. On December 12, 1912, he offered the City of Los Angeles $100,000 for an observatory to be built on the top of Mount Hollywood to be fully owned and operated by the City of Los Angeles. Griffith’s plan for the observatory would include an astronomical telescope open to free viewing, a Hall of Science designed to bring the public into contact with exhibits about the physical sciences, and a motion picture theater which would show educational films about science and other subjects. This last aspect of the plan would eventually evolve into the planetarium, a technology not invented until the 1920s.

The City Council accepted Griffith’s gift and appointed him head of a three-person Trust committee to supervise the construction of a public observatory and a greek theatre performing arts facility, which Griffith promised to the city the following year. Bogged down by further political debate, the project continued to be delayed. In 1916, with his health failing, Griffith realized that his vision of a public observatory would not be realized in his lifetime. He drafted a will containing bequests for a public observatory and a greek theatre, along with detailed specifications regarding the nature of the observatory, its location, and programmatic offerings. Griffith died on July 6, 1919. 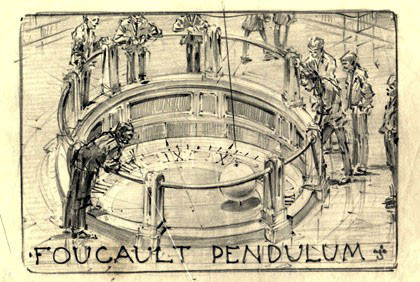 Griffith’s dream finally began to become reality in the spring of 1930, as the Griffith Trust (the governing board for the expenditures from the Griffith estate) enlisted some of the leading astronomers and scientists of the day as the core team planning the construction of Griffith Observatory. George Ellery Hale, who had overseen the creation of the great telescopes at Yerkes, Mount Wilson, and Palomar Observatories, used his knowledge to steer the overall design. Caltech physicist Edward Kurth drew up the preliminary plans and later guided the construction of the building. Russell W. Porter, the “Patron Saint” of the amateur telescope-making movement, was an invaluable aide to Kurth. In May of 1931 the Griffith Trust and Los Angeles Park Commissioners selected architects John C. Austin and Frederick M. Ashley to oversee the final plans for the new observatory building. Austin and Ashley hired Kurth to direct the project with Porter as consultant.

Caltech and Mount Wilson engineers drew up plans for the Observatory’s fundamental exhibits: a Foucault Pendulum, a 38-foot-diameter model of a section of the Moon sculpted by artist Roger Hayward, and a “three-in-one” coelostat (three tracking mirrors on one mount to feed three separate solar telescopes) so that the public could study the Sun in the Hall of Science. The Trust judged the 12-inch Zeiss refracting telescope as the best commercially available instrument of its kind and selected it to be used as the public telescope. A 75-foot-wide theater –one of the largest in the world — was designed to hold a Zeiss planetarium projector. The planetarium had been invented in 1923, four years after Griffith’s death, and his family agreed with the Trustees that it more fully honored his intent than the originally planned cinematic theater. The Observatory’s planetarium was the third to be completed in the United States.

Groundbreaking for Griffith Observatory occurred on June 20, 1933, with the William Simpson Construction Company as the builder. While the building quickly took shape, Edward Kurth was tragically killed in a car accident in February 1934. The Griffith Trust brought in physicist Rudolph Langer to oversee the completion of the building, and Philip Fox, Director of the Adler Planetarium in Chicago, whose advice had been sought in the earliest phases of planning, was now increasingly involved with designing exhibits for the Hall of Science.

Griffith Observatory was shaped not only by the minds of scientists, but also by the times in which it was built. A major earthquake in Long Beach in March 1933 — just as construction plans were being finalized — led the architects to abandon the planned terra cotta exterior in favor of strengthening and thickening the building’s concrete walls. Lower-than-usual prices caused by the Great Depression enabled the selection of the finest materials of the day for the interior walls, floors, and finishes, making the building both beautiful and durable. And a depression-era Federal public works program employed six sculptors to create a public sculpture at Griffith Observatory. The resulting Astronomers Monument, dedicated in November 1934, was hailed as one of the most important pieces of art to be completed by the program.

The dedication and formal opening of Griffith Observatory took place amid much fanfare on May 14, 1935. On that day, the Griffith Trust transferred ownership of the building to the City of Los Angeles; the City’s Department of Recreation and Parks (called the Department of Parks at the time of the transfer) has operated the facility ever since. From the moment the Observatory was opened to the public, those who served as full-time and part-time staff worked daily to fulfill the original vision of the Griffith Observatory as an educational and inspirational resource for all of society.