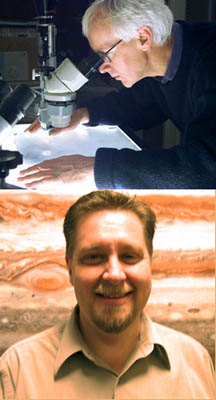 In 1986, Malcolm Hartley discovered a comet which was later named in his honor, Comet 103P/Hartley 2. Comet Hartley is making another appearance in our night sky this month where it can be seen high overhead with a good pair of binoculars in dark sky conditions. On Thursday, November 4, NASA’s EPOXI mission will fly by the comet, only the fifth time a spacecraft has visited a comet.

Join speakers Malcolm Hartley and Tim Larsen for an evening of discussion about the excitement of comet hunting, the mysteries of the solar system’s oldest denizens, and the upcoming flyby of Comet Hartley.

Malcolm Hartley is the first person to see a mission to a comet that he discovered! He has discovered approximately 10 comets and over 100 planetary nebulae.

Tim Larson is the Project Manager for the EPOXI and Stardust NExT missions. 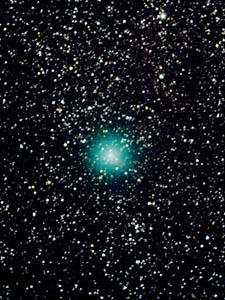