Join us for a very special opportunity to hear Dr. Anthony Aveni, Russell Colgate Professor of Astronomy, Anthropology, and Native American Studies at Colgate University, tell us about the continuing story of recent team excavations at Xultun, a Classic Maya ruin located in the Guatemalan rainforest. In 2010, archaeologists discovered an astronomers’ workshop containing a wall filled with micro-hieroglyphic texts and tables that prove astronomers were predicting eclipses seven centuries before they show up in the folded screen books known as codices. In 2013, the remains of the early bookmaking astronomers were dug up under the floor where they did their work. Professor Aveni shares his stories with Indiana Jones romance and academic authenticity in a lecture entitled “Digging Maya Astronomy (and Astronomers).” 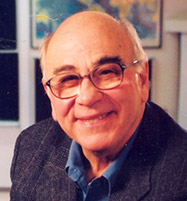 The Maya end-of-the-world prediction for 21 December 2012 focused attention on one of the world’s most fascinating cultures. Maya pre-Columbian art, architecture, hieroglyphic script, and mathematical and astronomical systems are found from Mexico into Guatemala, Belize, Honduras, and El Salvador. Today, pyramid temples at Chichén Itzá and Yaxchilán intrigue us with structures aligned on celestial events. Maya hieroglyphic texts document astronomical accuracy.

Author or editor of 35 books, Anthony Aveni is a distinguished and popular speaker. He was featured in Rolling Stone magazine’s list of the ten best university professors in the country and voted National Professor of the Year by the Council for the Advancement and Support of Education, the highest national award for teaching, just two of his many awards and accomplishments.