A Weekend of Activities at Griffith Observatory 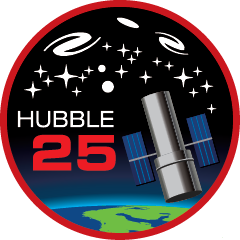 Images reveal how Hubble has changed our view of the universe. Visit Griffith Observatory for four days of celebrations that recognize the 25th anniversary of the launch of the Hubble Space Telescope.

Hubble at 25: A Discovery a Day

Astronomers from NASA, Space Telescope Science Institute, and Griffith Observatory describe how the Hubble Space Telescope changed our view of the universe and our place in it.

Ever New: Hubble Through The Years

NASA astronaut Mark Vande Hei comes back to Griffith Observatory to share what it is like to train for a mission to the International Space Station. Meet Colonel Vande Hei and learn what it takes to be an astronaut.

Beyond Hubble: The Future of Space Astronomy

What amazing telescopes will follow Hubble? NASA and aerospace engineers have designs and dreams to take our vision even deeper into the universe and answer some of astronomy’s most puzzling questions.

The James Webb Space Telescope – The Next Great Space Observatory

The James Webb Space Telescope will be NASA’s next great space observatory. The telescope will be launched in 2018. Unlike Hubble, it will not orbit Earth. Instead, it will orbit the sun in a special location about a million miles from Earth. Learn more from the engineers and scientists who are building it.

Astronomers and engineers involved with the Hubble Space Telescope recount Hubble‘s amazing story of 25 years of discovery and take a look at what comes next in space astronomy.

(Tickets and reservations are required for this event only)