Admission is free. Seating is first-come, first-served, up to the capacity of the theater.

New Horizons and The Exploration of Pluto will also be available for live viewing via Griffith Observatory TV on Livestream.

New Horizons is NASA’s historic mission to explore the Pluto system and the Kuiper Belt. 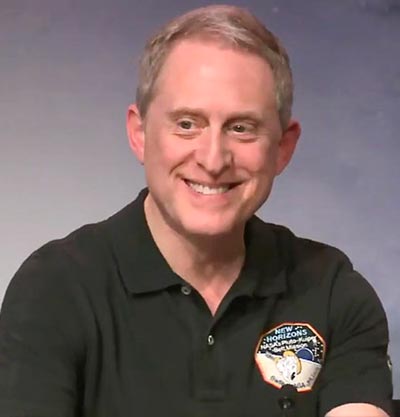 Meet Dr. Alan Stern and learn about NASA’s historic mission to Pluto and beyond. The fastest spacecraft ever launched, New Horizons left Earth in January 2006, and, after a journey of over nine years and 3 billion miles, flew past Pluto an astonishing 7800 miles above its surface in July, 2015. With a trajectory that passed inside the orbits of all five of Pluto’s moons, New Horizons gave us the first close-up views of the former ninth planet and revealed its many mysteries.

Dr. Stern will describe the history of the mission, the encounter with Pluto, the major scientific discoveries made to date, and the public reaction to the flyby.