Celebrate this milestone at Griffith Observatory, or watch live on GriffithTV.

What is New Horizons?

New Horizons is NASA’s first mission to visit the dwarf planet Pluto. Because Pluto is so far from Earth, it has taken nearly 10 years for the spacecraft to reach its destination. It launched on Jan. 19, 2006, swung past Jupiter for a gravity boost in February, 2007, and is headed to Pluto, where it will conduct a reconnaissance flyby study of the dwarf planet and its moons this summer. The spacecraft’s closest approach to Pluto occurs on July 14th. For more information, click here to visit NASA’s website for New Horizons.

Timeline for New Horizons arrival at Pluto on July 14, 2015 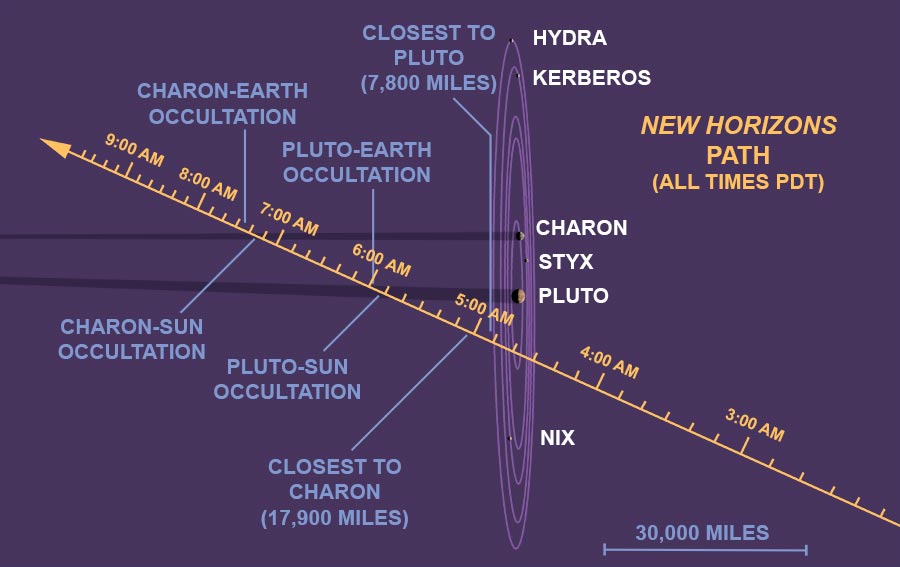