Do The Saturn Wave at Griffith Observatory!

On Friday, July 19, 2013, NASA’s Cassini spacecraft will take a portrait of Saturn, and Earth will be in the picture!

Here is what Saturn and Earth will look like from Cassini at the time of the portrait: 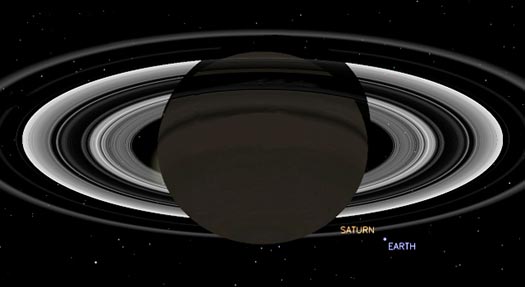 Even though Earth will only be a one-pixel dot in Cassini’s view, you can still be part of the picture if you are outside at the right time. 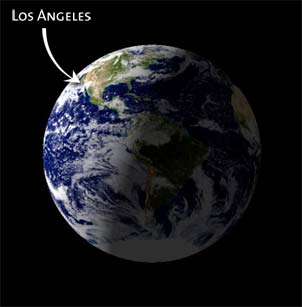 Los Angeles will be visible from Saturn when Cassini’s camera snaps the image between 2:27 and 2:42 p.m., PDT.

Join the crowd on the front lawn of Griffith Observatory to be part of the picture!

Several hundred people gathered on the lawn at Griffith Observatory on July 19, 2013, to wave at Saturn as NASA’s Cassini spacecraft took a photograph of the ringed planet with Earth in the background. Observatory staff presented a lecture describing Cassini’s mission to Saturn at 3:00 p.m., and Observatory telescopes featured the planet after dark.