Although hundreds of films, television shows, and commercials have used the picturesque surroundings of Griffith Observatory, none have featured the building more prominently or brought as much international attention as the Warner Brothers production of Rebel Without a Cause in 1955. This landmark motion picture, which immortalized James Dean in the most remembered of his three films, captured both the interior and exterior of the Observatory in several key scenes and marked the first time a planetarium theater was used in a film. 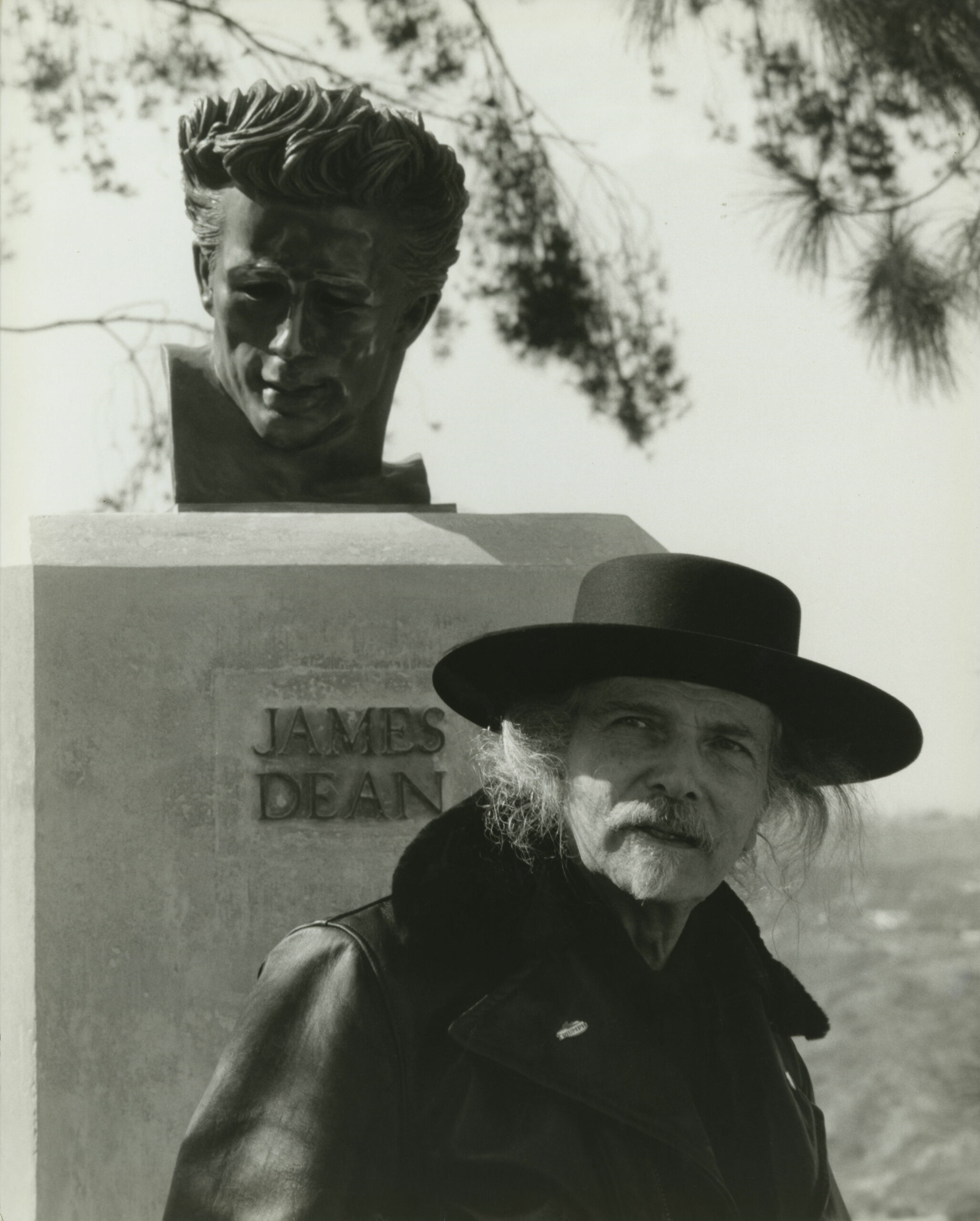 In 1955, James Dean went to the studio of Hollywood-based artist Kenneth Kendall after seeing a sculpture he had done of Dean’s hero, Marlon Brando, and requested that Kendall do a bust of him. Kendall began the sculpture the night that Dean was killed. Decades later, in commemoration of the use of the Observatory in the film, Rebel Without a Cause, a monument featuring the bust Dean commissioned was placed on the west side of the Observatory lawn (a second copy of the bust can be seen at the James Dean Memorial Park in the actor’s hometown of Fairmount, Indiana). The monument has now been restored and reinstalled in its new location, where visitors will now be able to snap pictures of the monument with the iconic Hollywood Sign in the same frame.