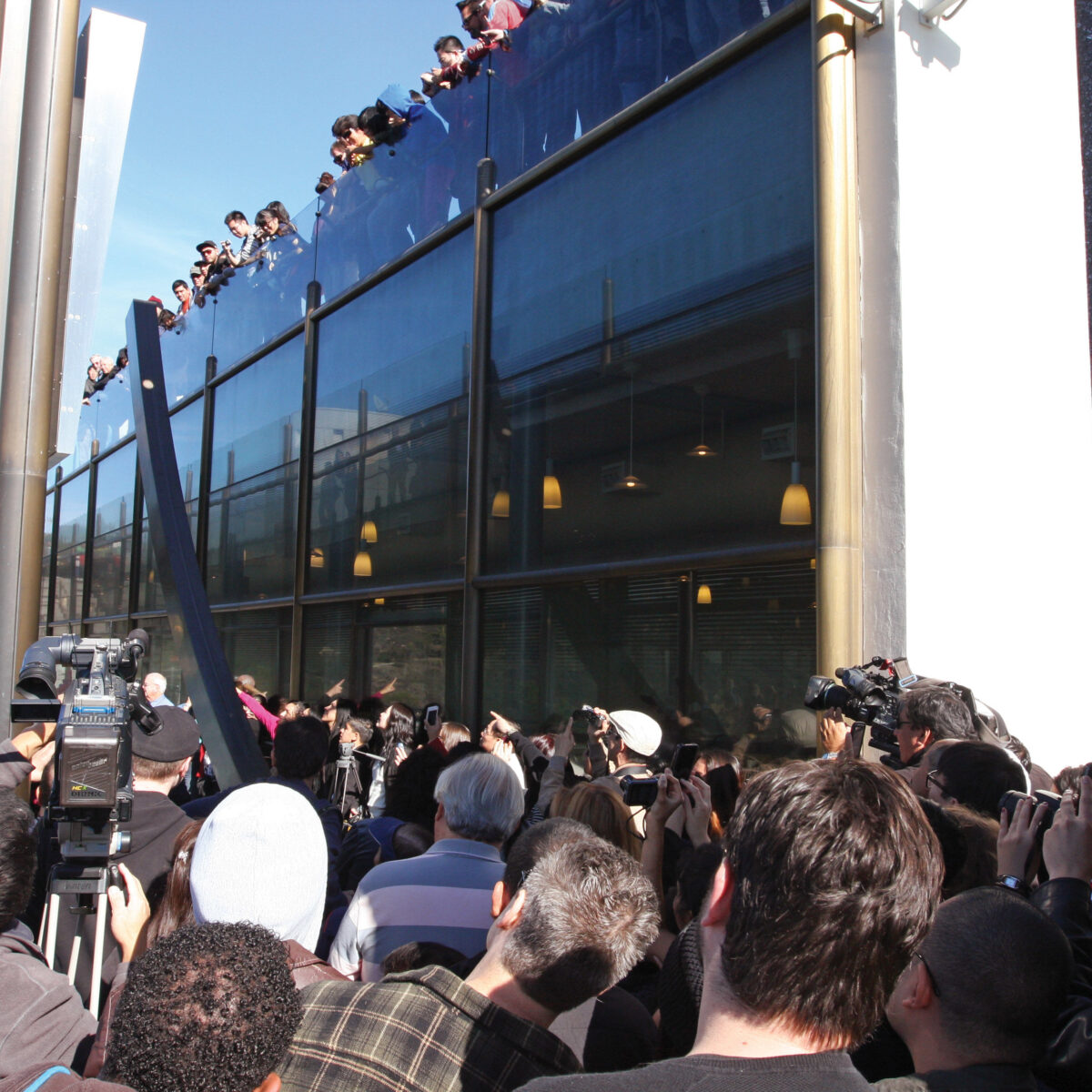 When the Sun reaches its highest point in the sky, directly overhead the Observatory’s meridian line, we celebrate local noon. A Museum Guide gives a free 15-minute presentation explaining how we use the Sun’s light in the Gottlieb Transit Corridor to tell us what day it is and where the Sun is located in its pathway across the sky.

The new Robert J. and Suzanne Gottlieb Transit Corridor, a monumental 150-foot-long, 10-foot-wide glass-walled passageway, immerses visitors in the motions of the Sun, Moon, and stars across the sky and demonstrates how these motions are linked with time and the calendar. Like the Observatory’s other public observing instruments, the Gottlieb Transit Corridor transforms visitors into astronomical observers and immerses them in the meaning of those observations.

The passage of time and the cycle of the seasons is fundamental knowledge. The Sun’s daily passage (transit) across the north-south line (meridian) and its changing elevation along the north-south arc that bridges the sky (celestial meridian) have been observed by people all over the Earth from prehistoric antiquity. While our world now moves with a precision defined by atomic clocks, the “zero-point” of time remains the transit of the Sun through the meridian, the north-south line that stretches around the globe at a given location on the Earth.

The Gottlieb Transit Corridor is an accurate outdoor public astronomical instrument built below-grade onto the west side of the Observatory. Its form echoes similar instruments from ancient temples and medieval churches, but updates the concept for the 21st century. The instrument has four primary components:

Architecturally beautiful and astronomically revealing, the Gottlieb Transit Corridor is a simple but profound addition to Griffith Observatory’s set of public instruments. 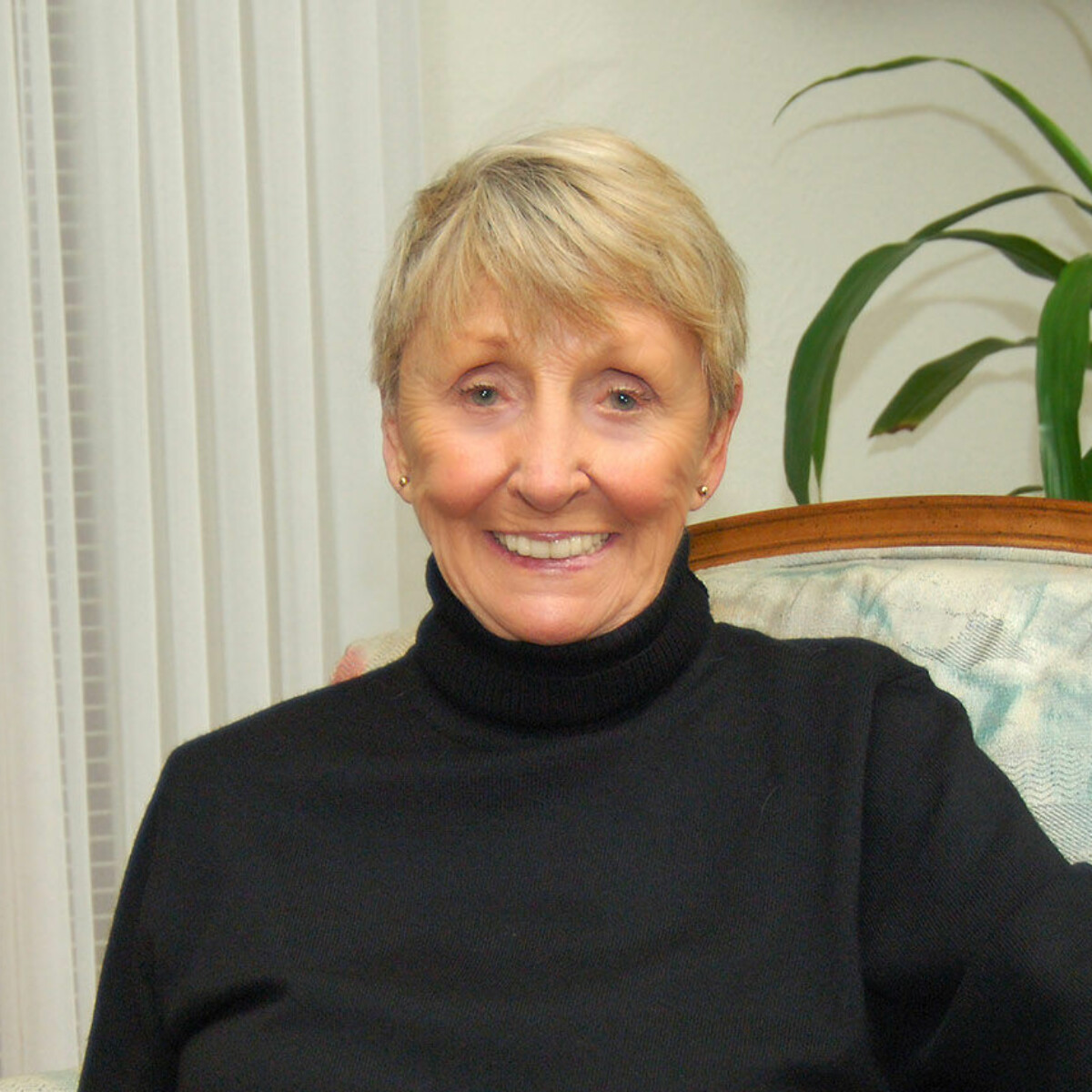 Benefactors of the Transit Corridor

Although Robert J. Gottlieb considered himself a “native Californian,” he was born and raised in Far Rockaway, New York. When he was ten years old, his parents moved the family to Los Angeles. A graduate of the University of Southern California and Southwestern Law School, Gottlieb went on to become a renowned attorney whose automotive clients included Cadillac, General Motors, and Petersen Publishing. One of the world’s foremost classic car authorities, Gottlieb contributed his editorial expertise to several automotive magazines, including his long-running column “Classical Comments” in Motor Trend magazine.

Born in the Philippines and raised in the southern U.S., Suzanne Gottlieb met her husband in 1952 at Trend, Inc., where she worked as a secretary. Married for more than 40 years, the Gottliebs generously championed numerous projects, including a $2 million gift benefiting the Greater Los Angeles Zoo Association. Mrs. Gottlieb is excited to be a part of Griffith Observatory’s renewal. She personally chose the Transit Corridor because it allows visitors to track the motions of the Sun through direct observation and creates an immediate and intimate connection with the sky. “The reopening of the Griffith Observatory is so exciting,” notes Mrs. Gottlieb. “I am delighted to be a part of this grand event which is sure to inspire visitors from around the world.” Though Robert Gottlieb passed away in 2002, Mrs. Gottlieb knows his legacy lives on.

The Team Behind the Gottlieb Transit Corridor

Both scientific and architectural in nature, the Gottlieb Transit Corridor is the product of a dedicated team of experts. Griffith Observatory Director Dr. Ed Krupp originally conceived of and developed the concept for the Transit Corridor as a new astronomical instrument.

Dr. Bohannan graduated from the University of Alberta (B.Sc., chemistry) and the University of California at Los Angeles (M.A. and Ph.D., astronomy). From 1991 to 2002, at Kitt Peak National Observatory, he was operations manager for the mountaintop and project scientist. Earlier at the University of Colorado, he was the director of Sommers-Bausch Observatory and, at times, the Fiske Planetarium. His research centers on observational studies of the evolution of massive stars. Personal pursuits include large-format digital photography and a study of how photography revolutionized 19th-century astronomy.

Pfeiffer Partners served as the lead architect for the renovation and expansion project. In that role, they worked closely with Dr. Krupp and Dr. Bohannan to refine the design for the glass corridor, meridian line, and monolith.

Pfeiffer Partners, Inc., formerly the west coast office of Hardy Holzman Pfeiffer Associates (HHPA), is an internationally recognized architectural, planning, and interior design firm with offices in Los Angeles and New York. With a strong focus on creating buildings for public and educational use, including museums, libraries, theaters, and academic facilities, as well as the renovation of historic structures, the firm’s experience includes the award-winning renovation and expansion of the Los Angeles Public Library: Central Library and the new Colburn School of Performing Arts, both in downtown Los Angeles. Pfeiffer Partner’s work with historic structures includes the development of rehabilitation master plans for Los Angeles Union Station and Warner Hollywood Studios, as well as the renovation of seven buildings at Stanford University, including the centerpiece of its historic quad, Memorial Church.