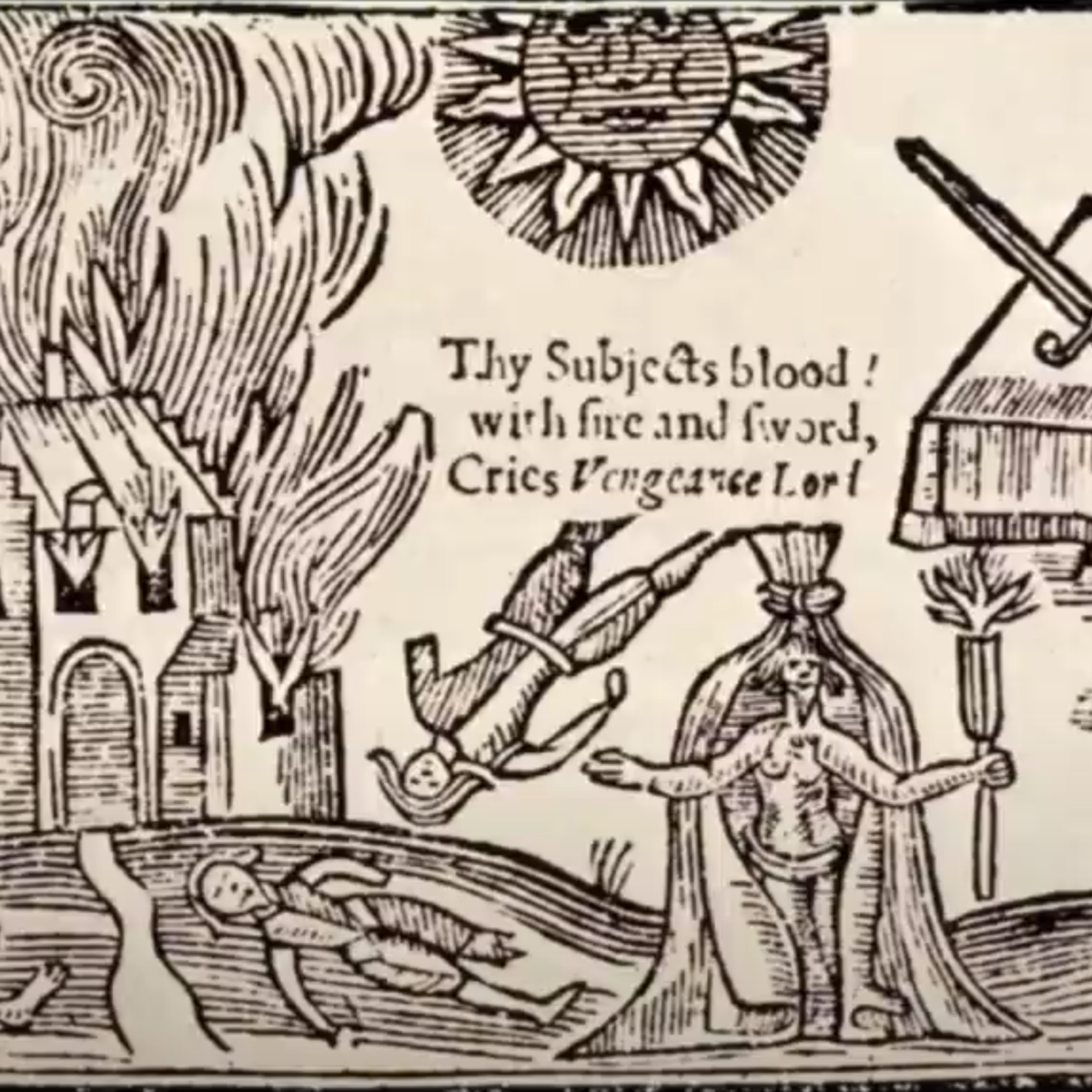 Griffith Observatory Director Dr. E.C. Krupp joined All Space Considered on May 5, 2017, for this special lecture.

If you can’t get to the path of totality for the solar eclipse, Griffith Observatory will host a public viewing event for the partial solar eclipse on our front lawn from 9:00 a.m. to 12:00 noon on Monday, August 21. The Stellar Emporium gift shop will be open (and selling eclipse viewers). The Café at the End of the Universe and the historic level of the Observatory building (home of the Observatory’s coelostat, or solar telescope) will also be open.

Personal telescopes are NOT permitted at this event

Do not look at the sun without proper eye protection

Timeline for the Eclipse in Los Angeles

DO NOT LOOK AT THE SUN WITHOUT PROPER EYE PROTECTION.

PLEASE NOTE: For safety reasons, personal telescopes are NOT permitted at this event. If you bring such a telescope, Ranger personnel will require you to remove it from our property. 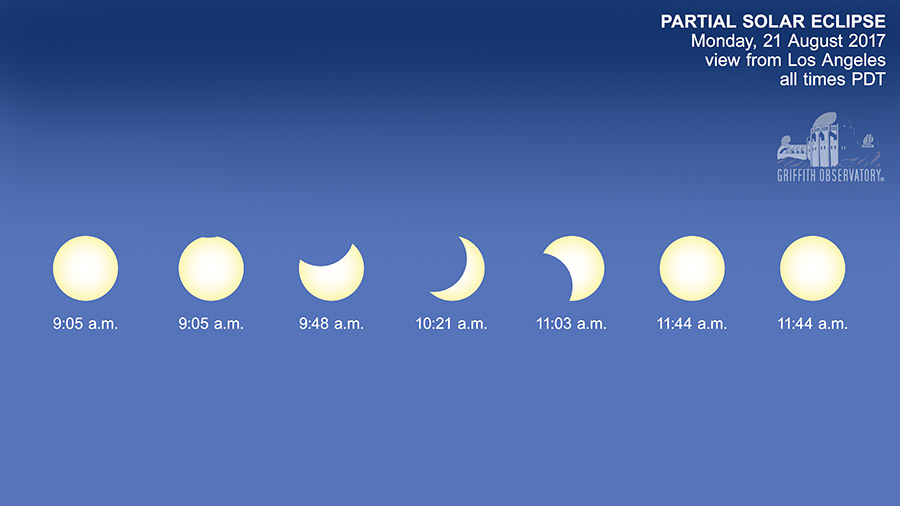 Advice for Attending the Event

If the day is cloudy, we will not be able to offer public viewing.

Other Eclipse Viewing Events in the LA Area

The Jet Propulsion Laboratory (JPL) is participating in five public viewing events in addition to the one at the Observatory. You might consider one of these events if they are closer to you than the Observatory:

On August 21, the first total solar eclipse visible in the continental United States in 38 years (since February 26, 1979) will cross the country from the Oregon coast to Charleston, South Carolina. Tens of millions of people will have the chance to see and experience the unique wonder of the Sun being blocked out by the Moon for 2-3 minutes. If you can travel to see the eclipse, you should! 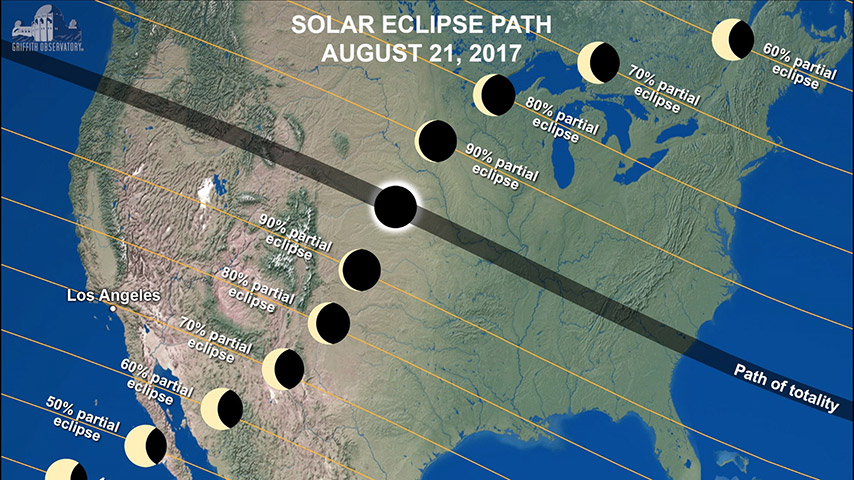 At Griffith Observatory in Los Angeles, just under 70% of the Sun’s diameter will be eclipsed.

“The path of totality is a relatively thin ribbon, around 70 miles wide, that will cross the U.S. from West to East. The first point of contact will be at Lincoln Beach, Oregon at 9:05 a.m. PDT. Totality begins there at 10:16 a.m. PDT. Over the next hour and a half, it will cross through Oregon, Idaho, Wyoming, Montana, Nebraska, Iowa, Kansas, Missouri, Illinois, Kentucky, Tennessee, Georgia, and North and South Carolina. The total eclipse will end near Charleston, South Carolina at 2:48 p.m. EDT. From there the lunar shadow leaves the United States at 4:09 p.m. EDT. Its longest duration will be near Carbondale, Illinois, where the sun will be completely covered for two minutes and 40 seconds.”

These NASA resources will help you prepare to see the eclipse:

On May 12, the Los Angeles Times published two excellent articles regarding the upcoming eclipse.

The first was an overview of the event: http://www.latimes.com/projects/la-sci-solar-eclipse-2017-map/

The second article describes how astronomers will be tracking and recording the eclipse as it moves across the country: http://www.latimes.com/science/sciencenow/la-sci-sn-eclipse-science-20170512-htmlstory.html