When the Moon Eclipses the Sun 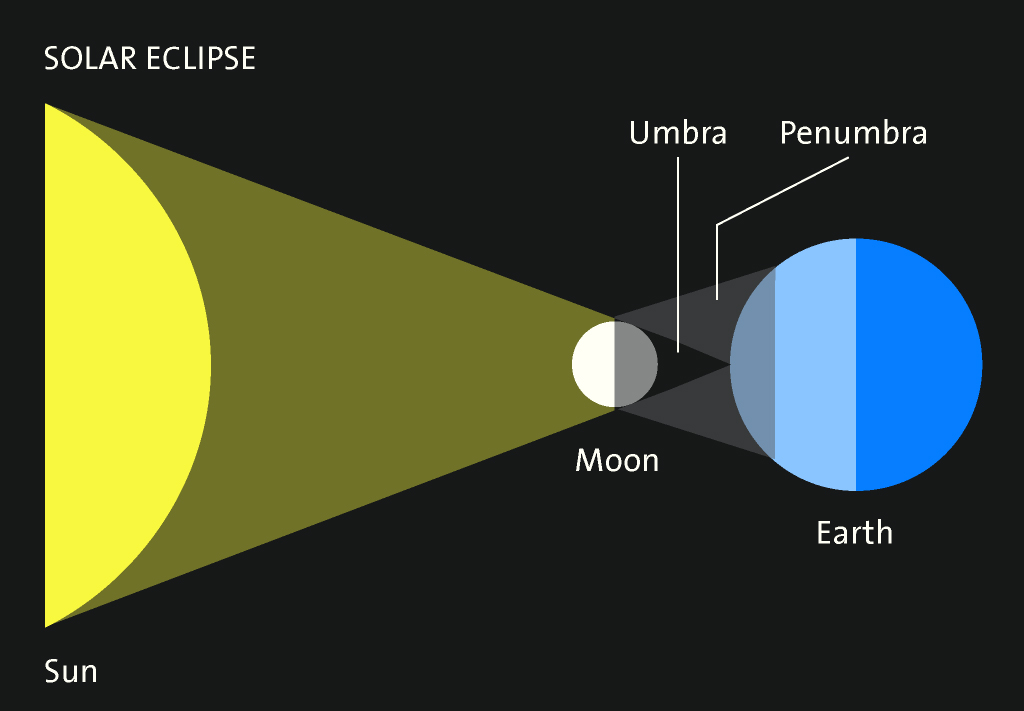 During a solar eclipse, the Moon passes in front of the Sun. If we are in the narrow path of totality (the umbra), the Sun disappears completely for up to several minutes. Its ghostly corona is all we can see. The sky grows dark, temperatures drop, and the planets appear. Outside the main shadow path (in the penumbra), people see the Sun only partially eclipsed and the sky remains bright. 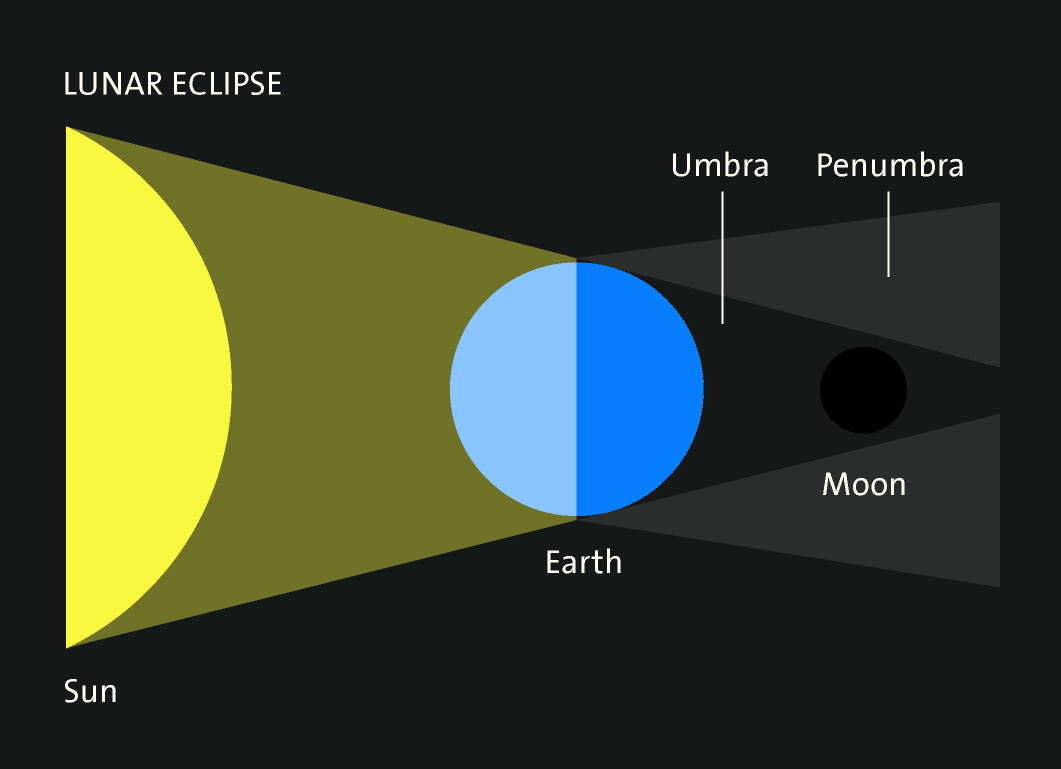 An eclipse of the Moon happens when the Moon moves into Earth’s shadow. This event can only occur at Full Moon. For several hours, we can watch the Moon grow darker as it moves deeper into shadow. Then it slowly moves out again and returns to its normal brightness. During totality, the Moon can take on a coppery red color. This happens because Earth’s atmosphere bends red light from the Sun around Earth and sends it toward the Moon.

The Spectacle of an Eclipse 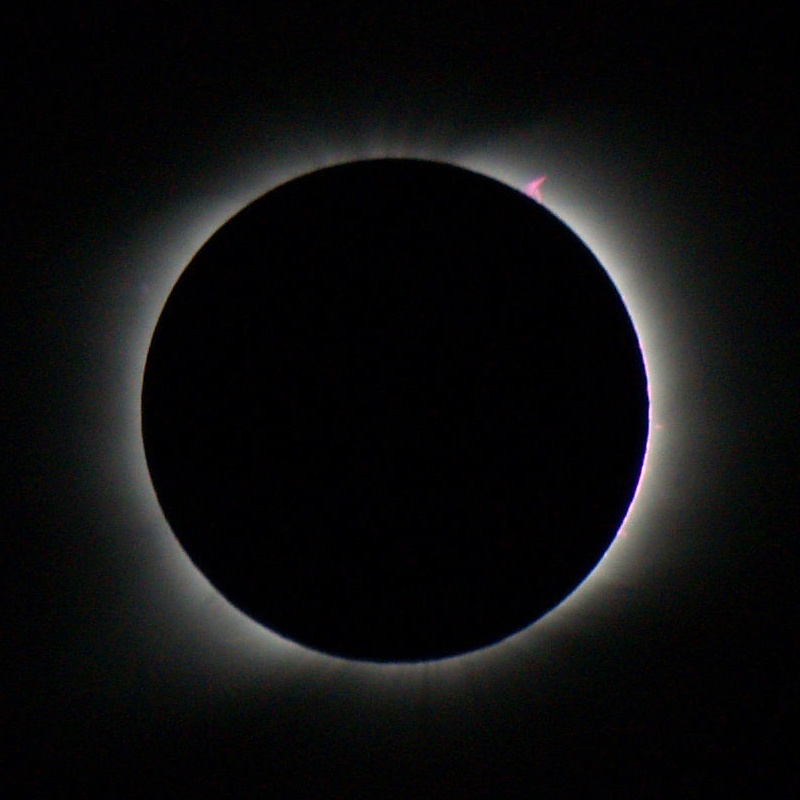 Total solar eclipses are grand astronomical spectacles. “Eclipse chasers” travel great distances, often to remote places, to experience a few minutes of totality and see the solar corona. If you don’t go to a total solar eclipse, you will likely never see one.

Lunar eclipses can be seen from more than half of Earth. You can see one every year or so without traveling–many people watch them from their hometowns.