Tuning Into the Sun 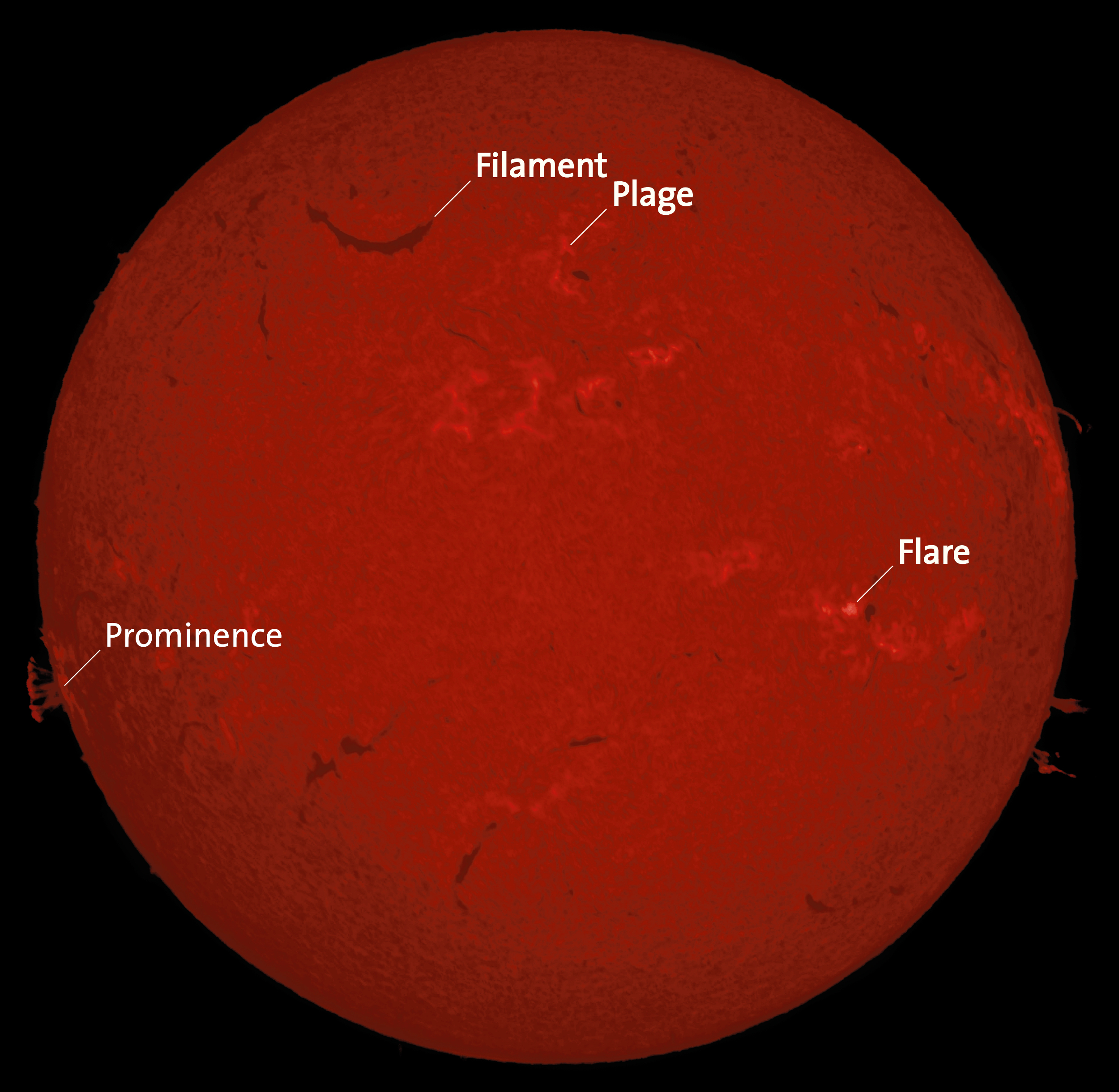 A spectrohelioscope is a special telescope that can observe any wavelength of sunlight. This one is tuned to let you see only red light from hydrogen atoms. It allows observers to study activity above the Sun’s surface.

Escape From the Sun 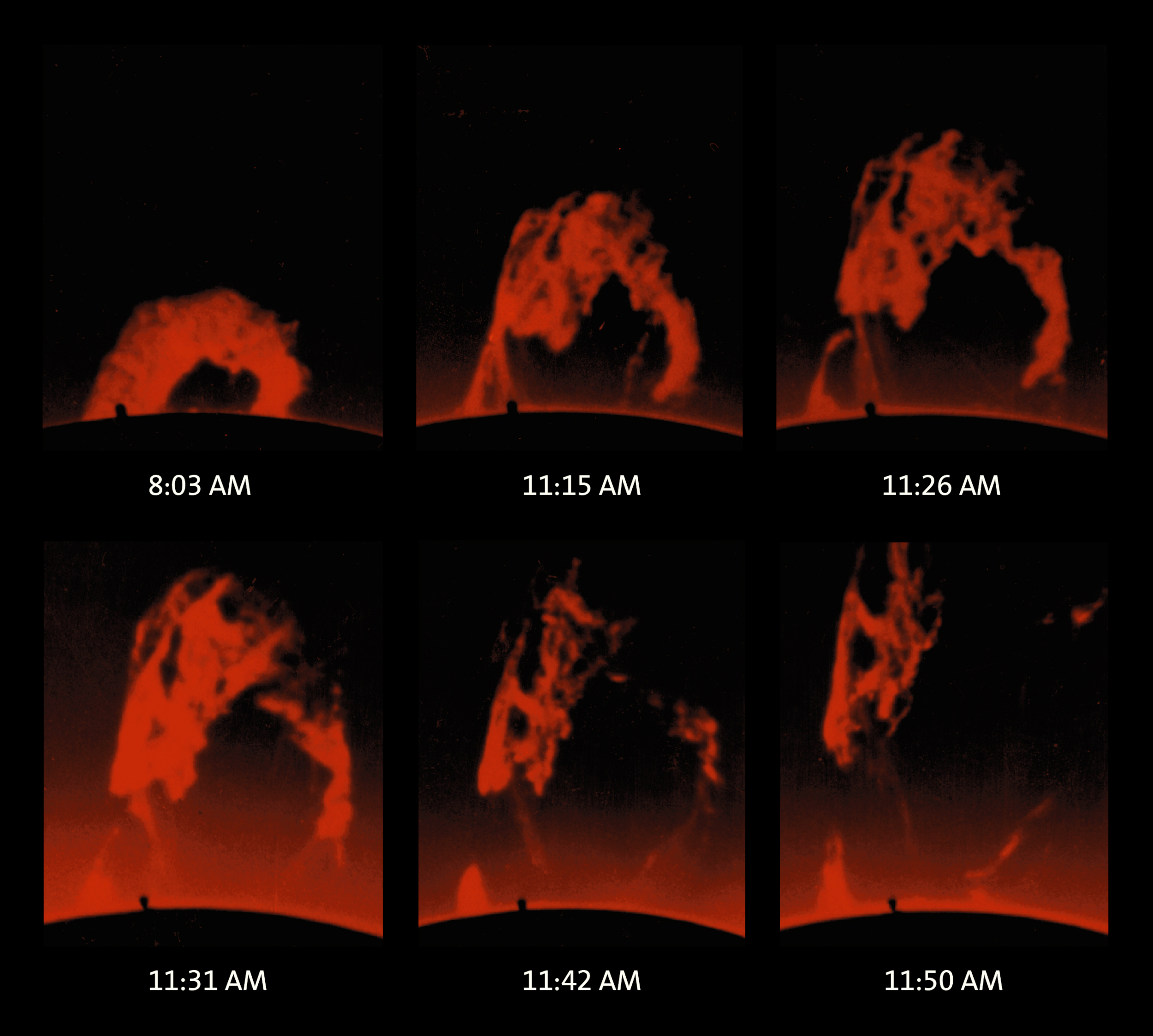 The Sun’s surface boils and shimmers as heat and light from inside radiate out to space through the photosphere and corona. Occasionally, masses of hot plasma, trapped in magnetic fields of sunspots, stretch hundreds of thousands of miles into space. When the magnetic-ﬁeld lines collapse, huge prominences of superheated material may be blasted away. This sequence shows an August 18, 1980 prominence. It formed in the corona and broke away from the Sun over the course of four hours.

An Eruption on the Sun 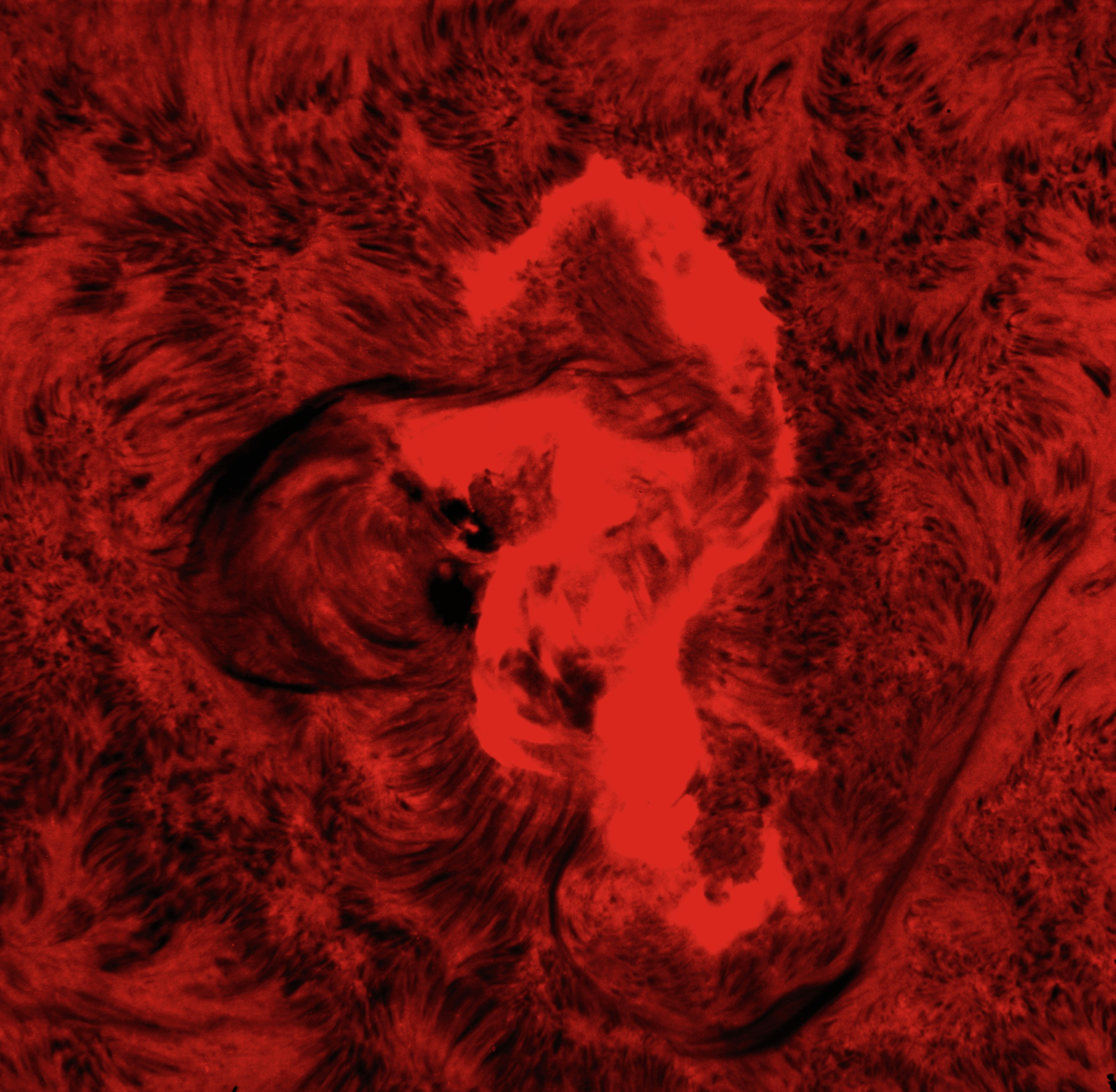 The Sun’s chromosphere is threaded with constantly changing magnetic-ﬁeld lines. Hot gases and charged particles move along these lines up from the surface and into the solar atmosphere. At times, collapsing magnetic fields cause vast eruptions of energy and plasma. These solar flares, like the “sea-horse” ﬂare (brighter red), appear as bright areas on the Sun and affect magnetic fields on Earth. The darker curving object to the left of the ﬂare is a filament, which contains gas cooler than the surrounding areas.