Every day, the Sun, Moon, planets, and stars appear to rise in the east and set in the west. Actually, these celestial objects aren’t moving that fast, but Earth is. It spins on its axis from west to east approximately every 24 hours.

Because we are standing on Earth’s surface, we move along with it. To us, it appears as if everything in the sky is moving from east to west.

The Seasonal Tracks of the Sun 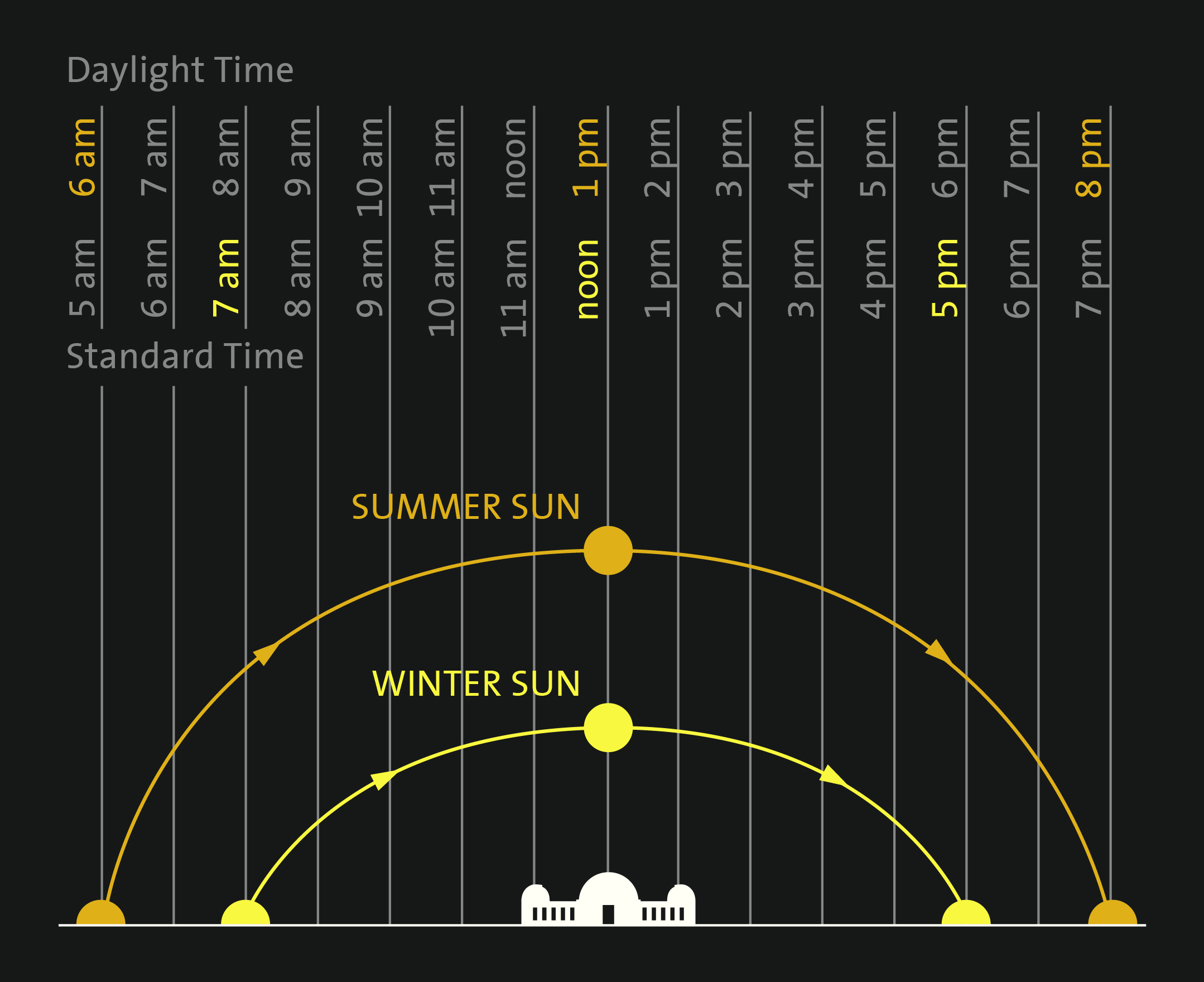 The Sun in a Year 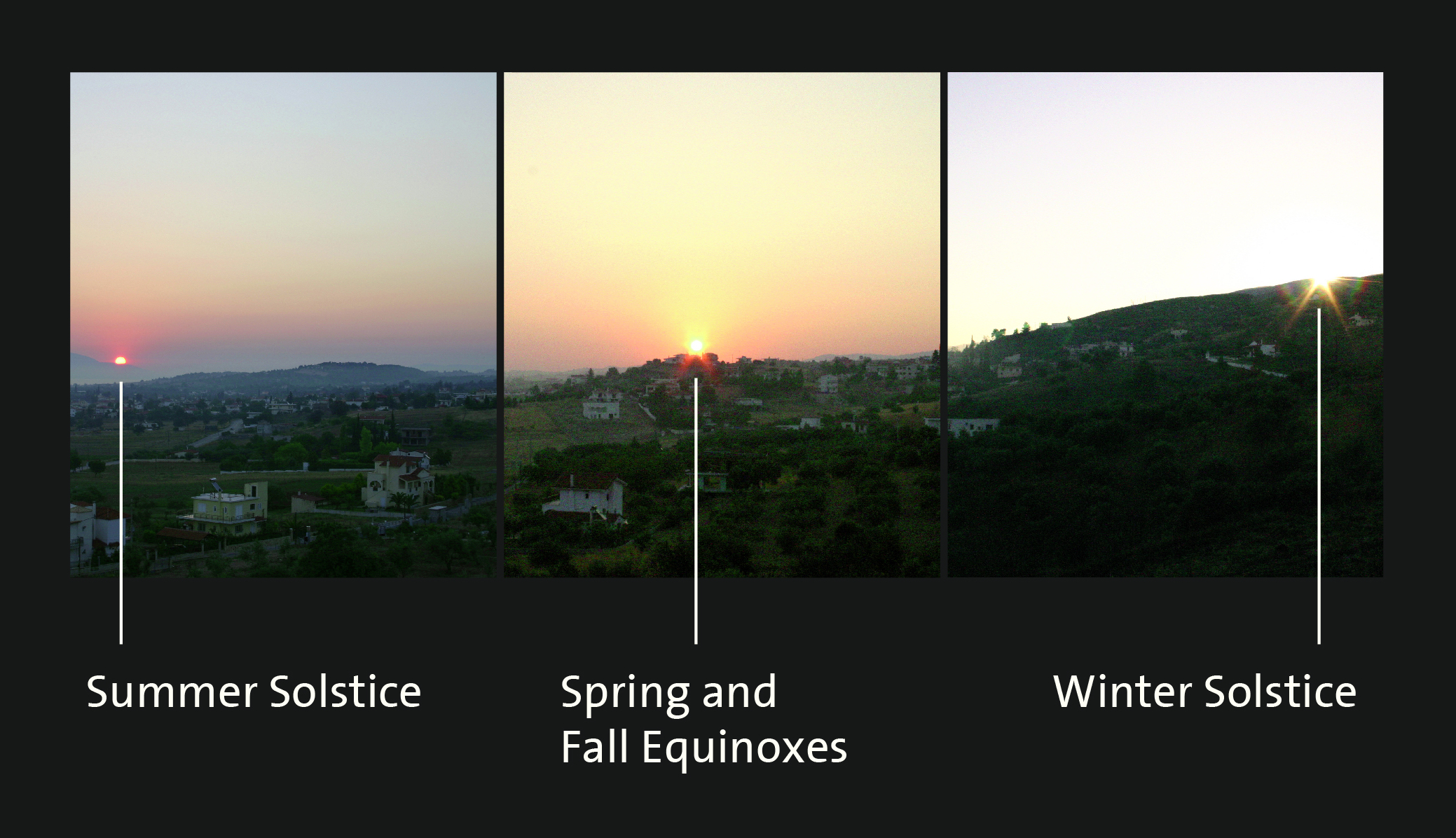 This composite uses three images of sunrise over a small town in Greece, taken on three different days. It shows sunrise points on the eastern horizon for the solstices and equinoxes.

The Sun Appears to Move Against the Backdrop of Stars

The night sky changes throughout the year. Just as the Sun seems to move from east to west during the day, the stars and planets appear to make the same journey at night. What you see depends on when you observe. 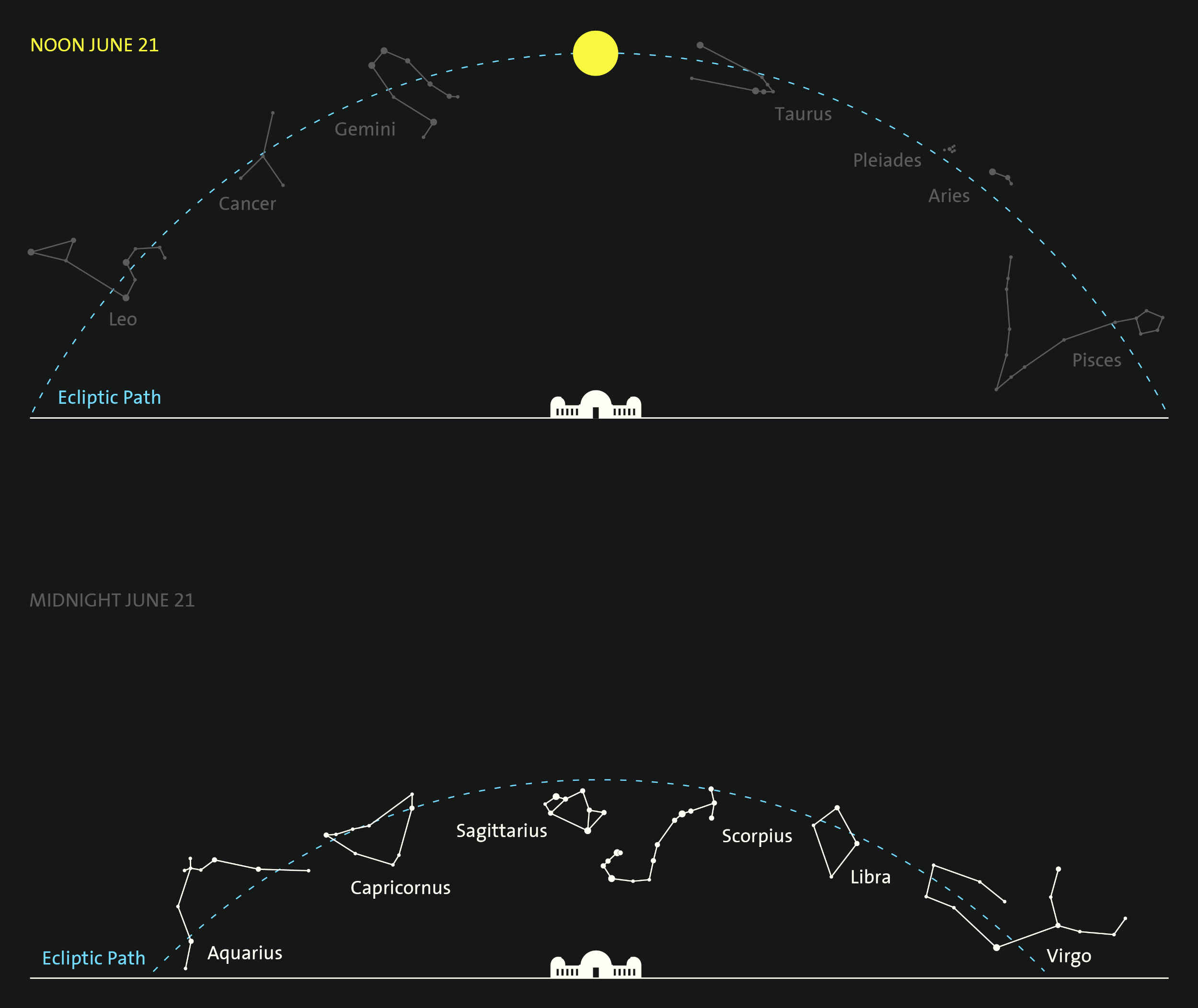 The Sun’s path crosses certain familiar star patterns (the ecliptic paths). During the day, we don’t see them because the Sun is so bright. At night, we see the stars on the opposite side of the ecliptic path, when Earth’s night side points away from the Sun. Six months later, they are behind the Sun and other stars are up at night.

Earth’s position in its orbit determines which stars we see. As our planet moves through space, its day and night sides face out toward different parts of space.