Glance at a tiny sliver of the night sky, what you can cover with your finger, and you see a few stars. Yet there is more there than meets the eye. If we magnify the view, that sliver is loadedwith galaxies. They tell the story of the universe and transform the cosmic wilderness into something we can understand. Telescopes help us see the big picture. Through the starry curtain of our own Milky Way Galaxy, we look out to the Virgo Supercluster of galaxies. It is the gateway to an expanding universe, full of galaxies as far as we can see. 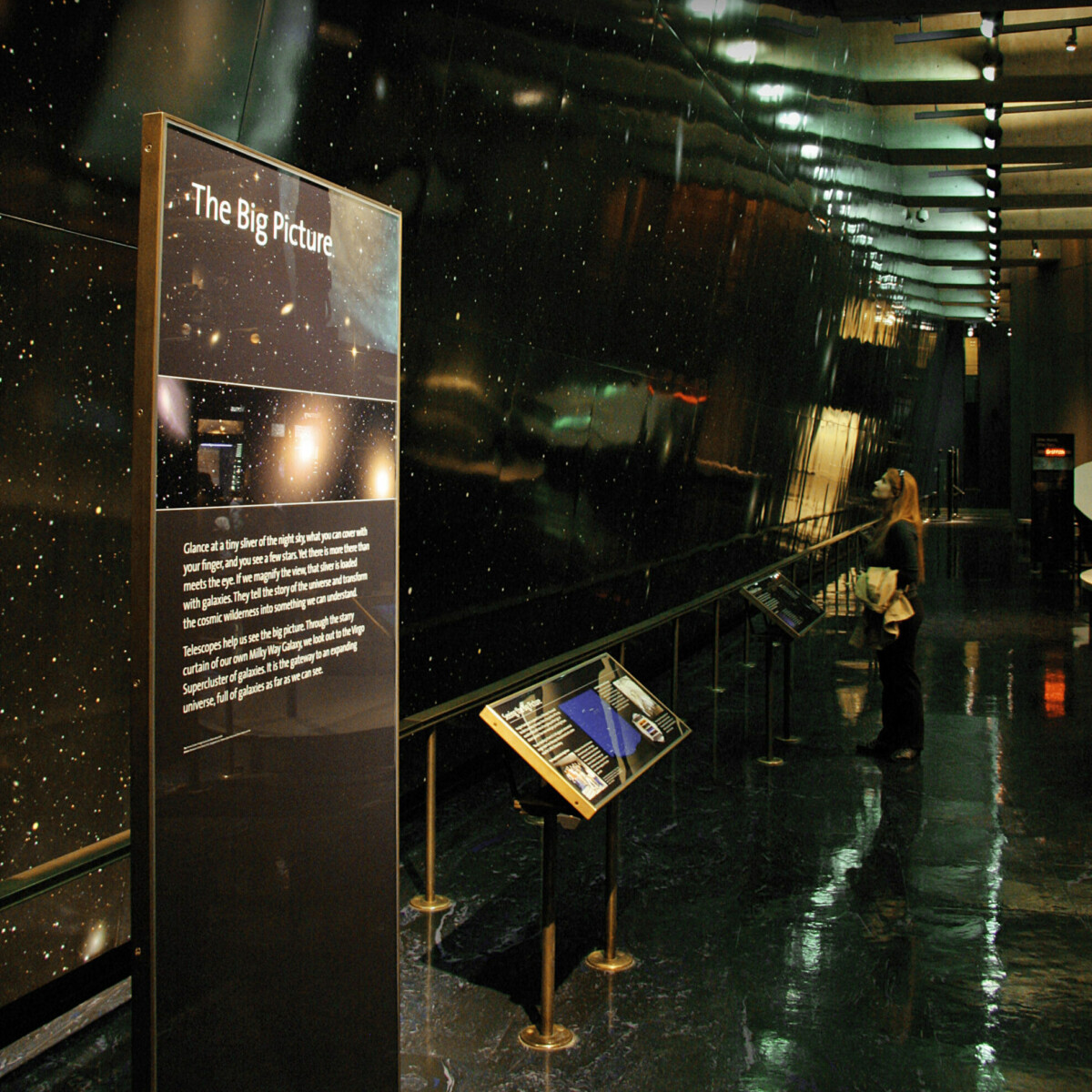 Museum Guides use The Big Picture – the largest astronomical image in the world – to help explain the nature of the universe and our place in space. 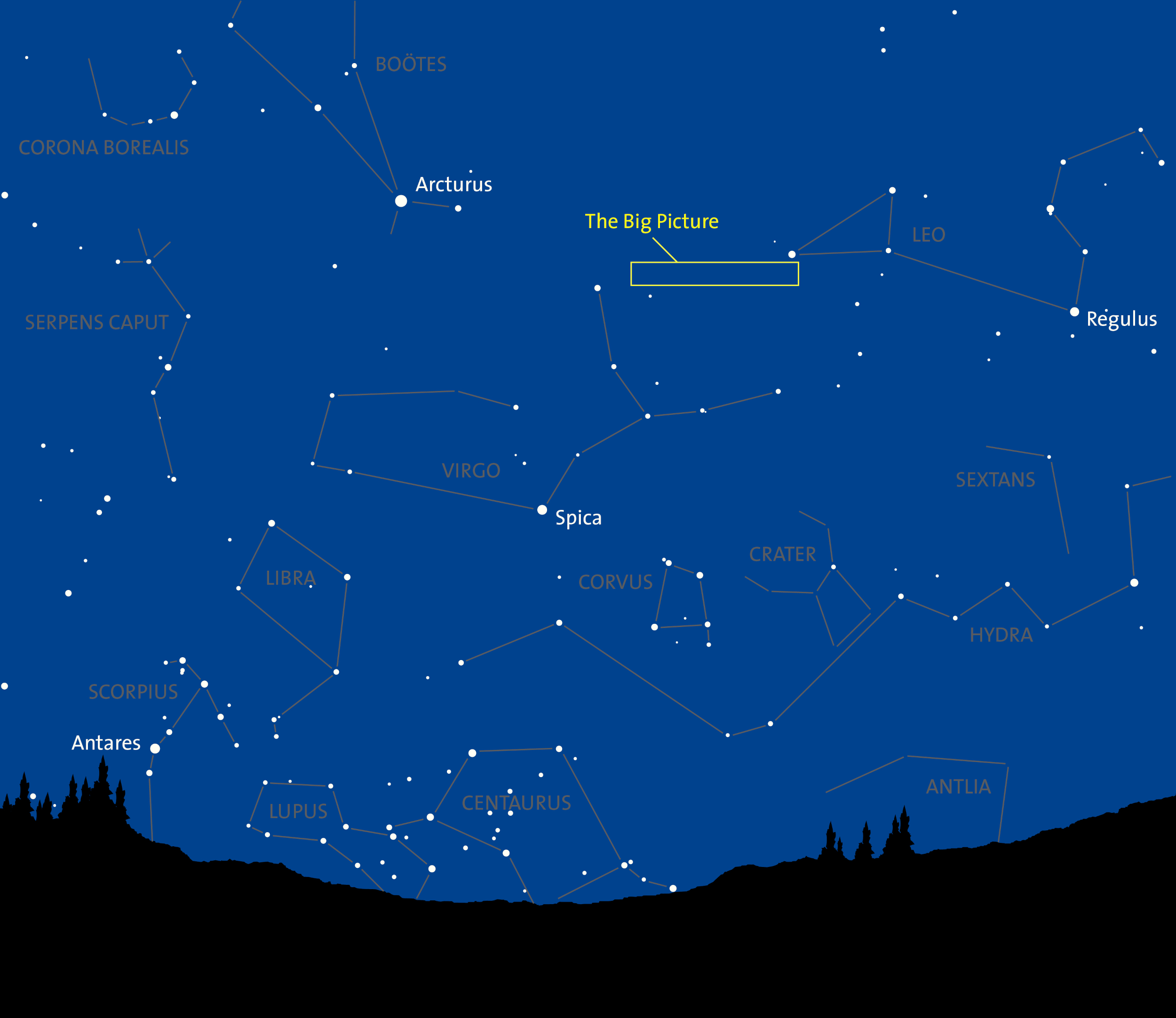 Imagine having eyes as powerful as a telescope. You would be able to see deep into space. Even a tiny portion of the sky would be filled with stars of our galaxy and the light of distant galaxies. Your view would give you the Big Picture.

The Big Picture is a 2.46-gigapixel astronomical image made from telescope data processed and custom-made for Griffith Observatory.

To connect with the Big Picture site at Caltech, click here.

Noted science writer Carolyn Collins Petersen (who also wrote all the Observatory’s exhibit copy) posted an excellent videocast (posted by The Universe Today) about the image that comprises The Big Picture. To view the videocast, please click here.

The People Behind the Big Picture 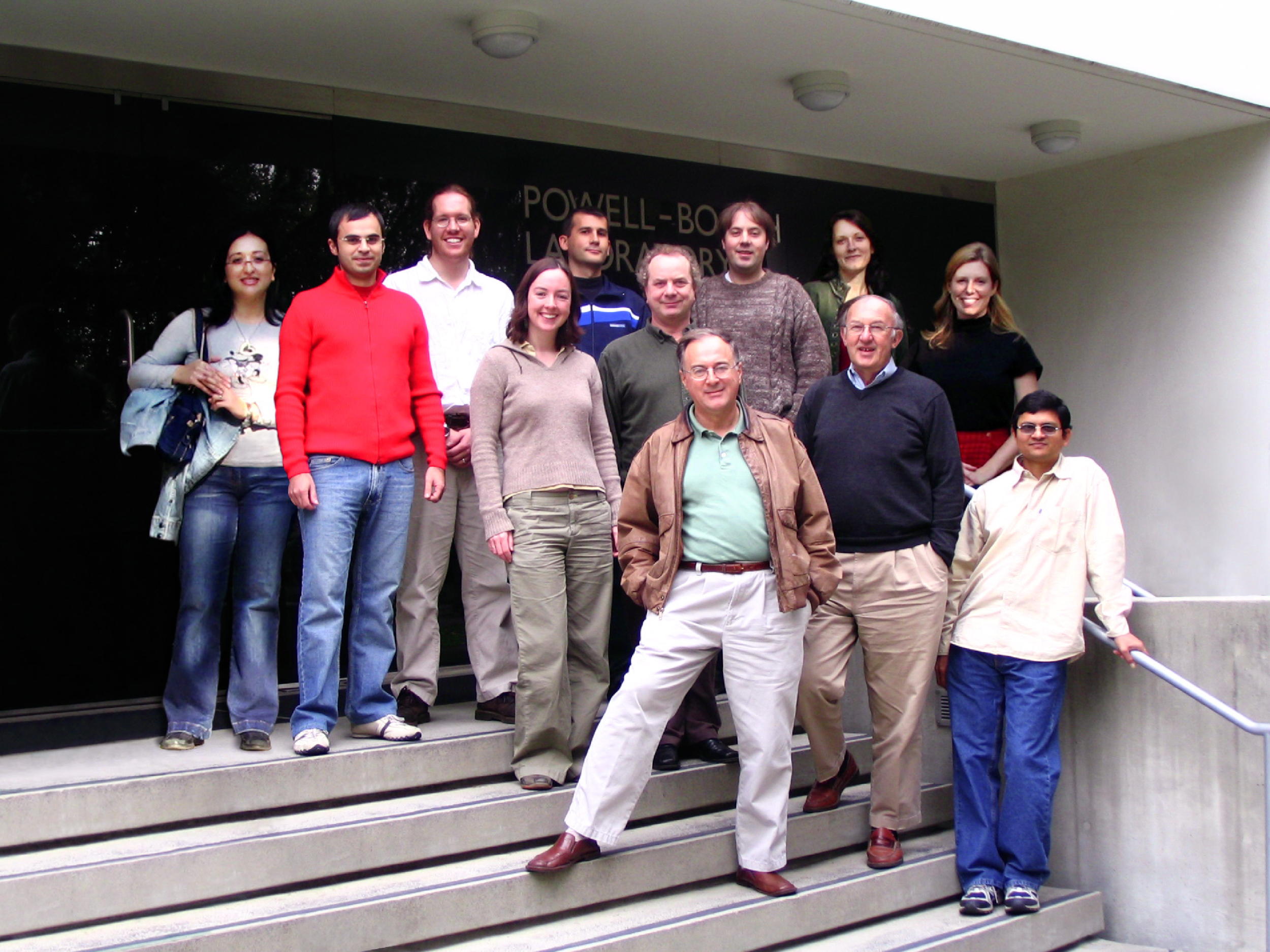 The Big Picture is the work of astronomers, data-processing experts, and imaging scientists from Caltech, Yale, and Palomar Observatory, sponsored by the National Science Foundation. This image is part of the Palomar-Quest survey, which churns out a million megabytes of sky data per month. 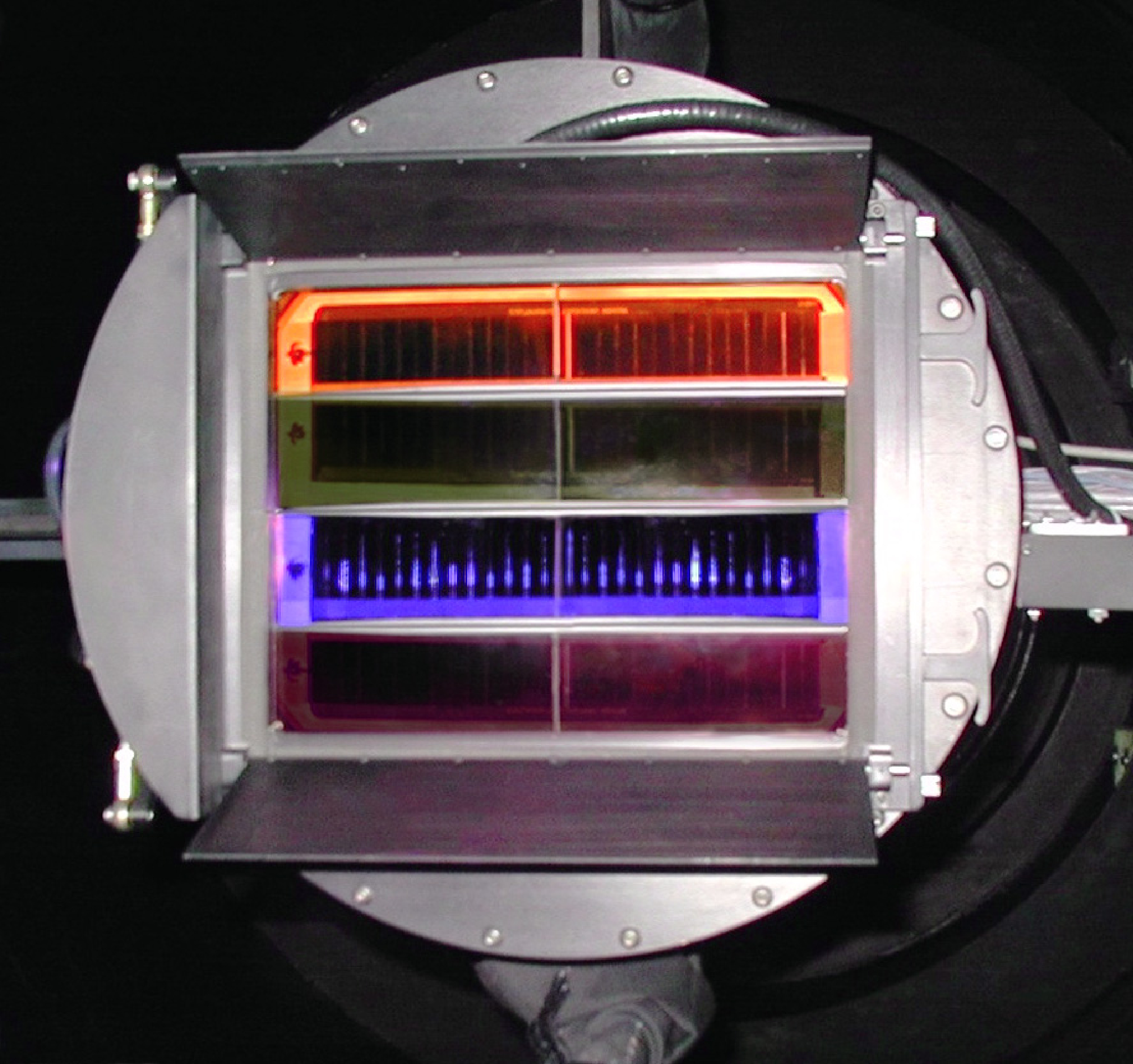 The images that make up the Big Picture were taken with the Palomar-Quest camera on the Samuel Oschin Telescope at Palomar Observatory near San Diego. The camera is one of the largest detectors ever built to survey the sky. It has 112 CCD chips at its heart and scans the sky in 4.6-degree-wide strips.

The Samuel Oschin Telescope is one of Palomar’s most productive telescopes. Throughout its history, this 48-inch (1.2-m) reflector has produced extremely detailed panoramic sky surveys. 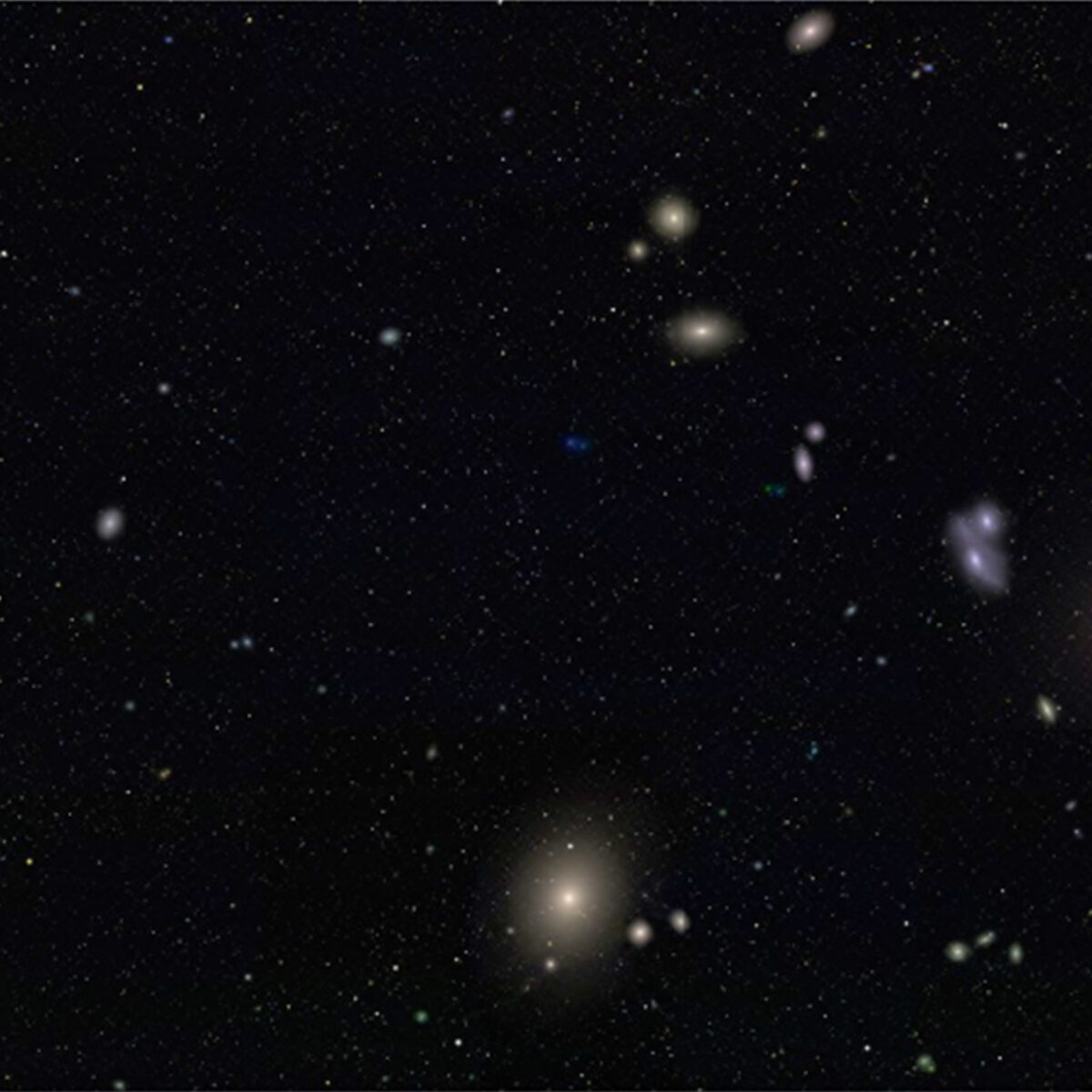 The Realm of Galaxies

When we look beyond the Milky Way, we see other galaxies. Our eyes are drawn to these collections of stars, gas, and dust. Their starlight shines across millions of light-years.

As we gaze farther out in space, galaxies look different to us depending on their distance. We can observe definite shapes and structures in nearby galaxies. More distant ones look like undefined smudges of light. 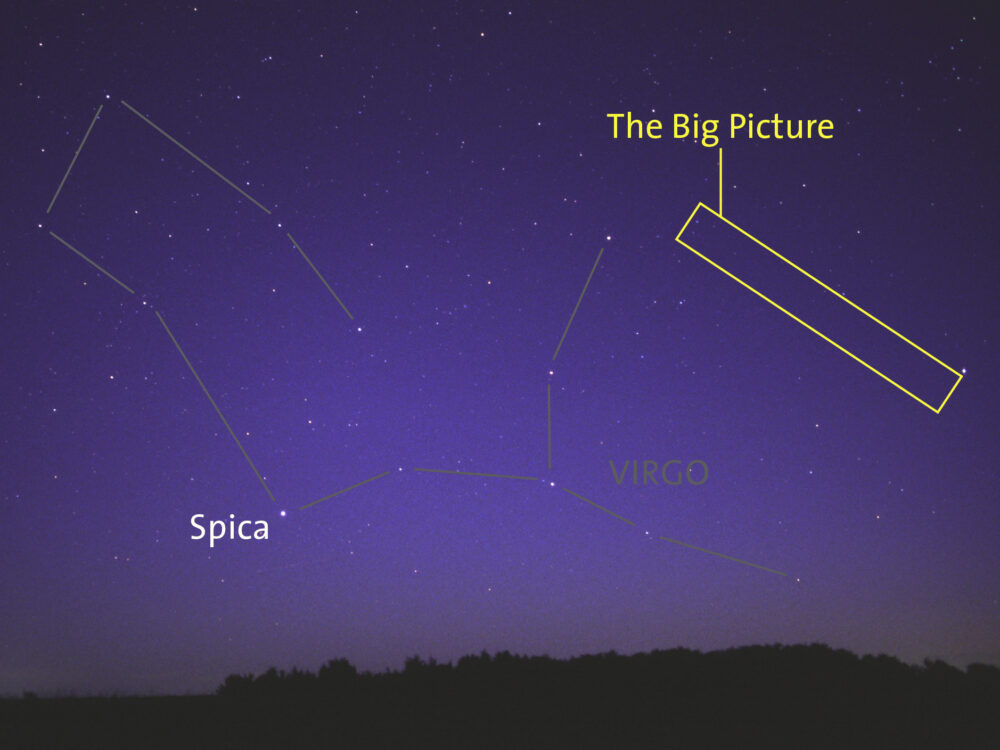 Gazing Into the Realm

When we step outside on a clear, dark night, a “local” view greets our eyes. We see the Moon and planets of our solar system and the many stars of our own galaxy. The area represented by the Big Picture – our portal to galaxies beyond the Milky Way – is located primarily in the constellation Virgo. To enter that realm, we need telescopes to gather the faint starlight streaming from those distant galaxies. 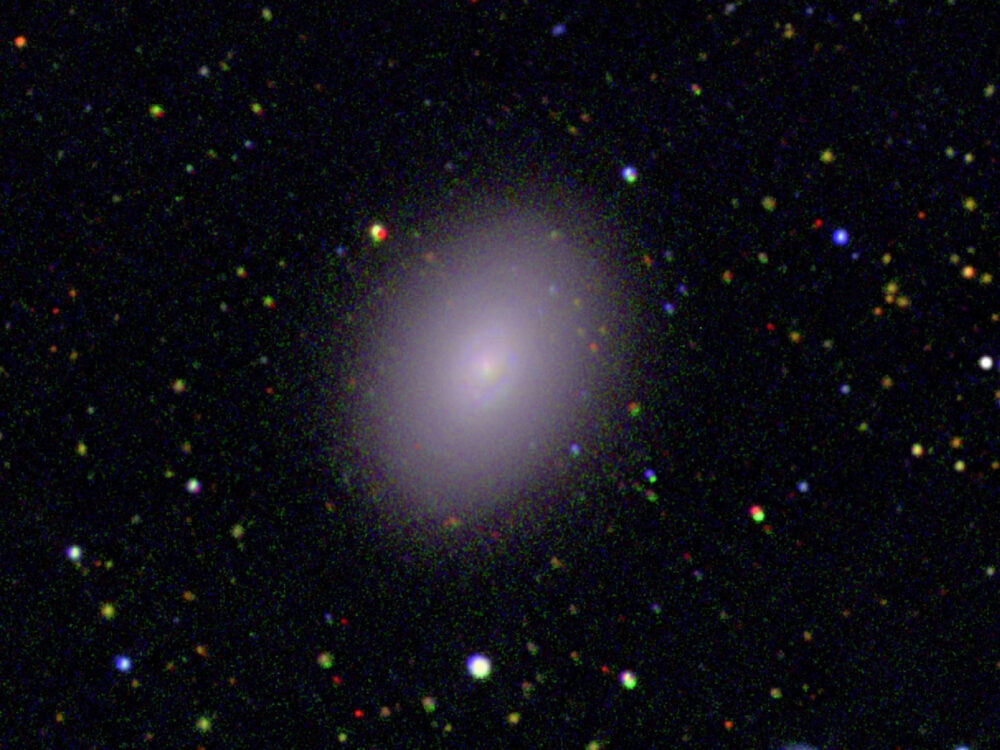 Citizens of the Realm

The Big Picture shows galaxies of many shapes and sizes. Astronomers classify galaxies by their shapes. Many of them, such as M89, are elliptical. They shine from the light of old red stars. Others such as M90 (above), have a spiral structure like the Milky Way and shine from the light of young blue stars interspersed among clouds of gas and dust.

What we don’t see here is the dark matter that makes up most of the material in the universe. All galaxies are filled with and surrounded by this unseen matter, which has a profound influence on their structure and evolution. 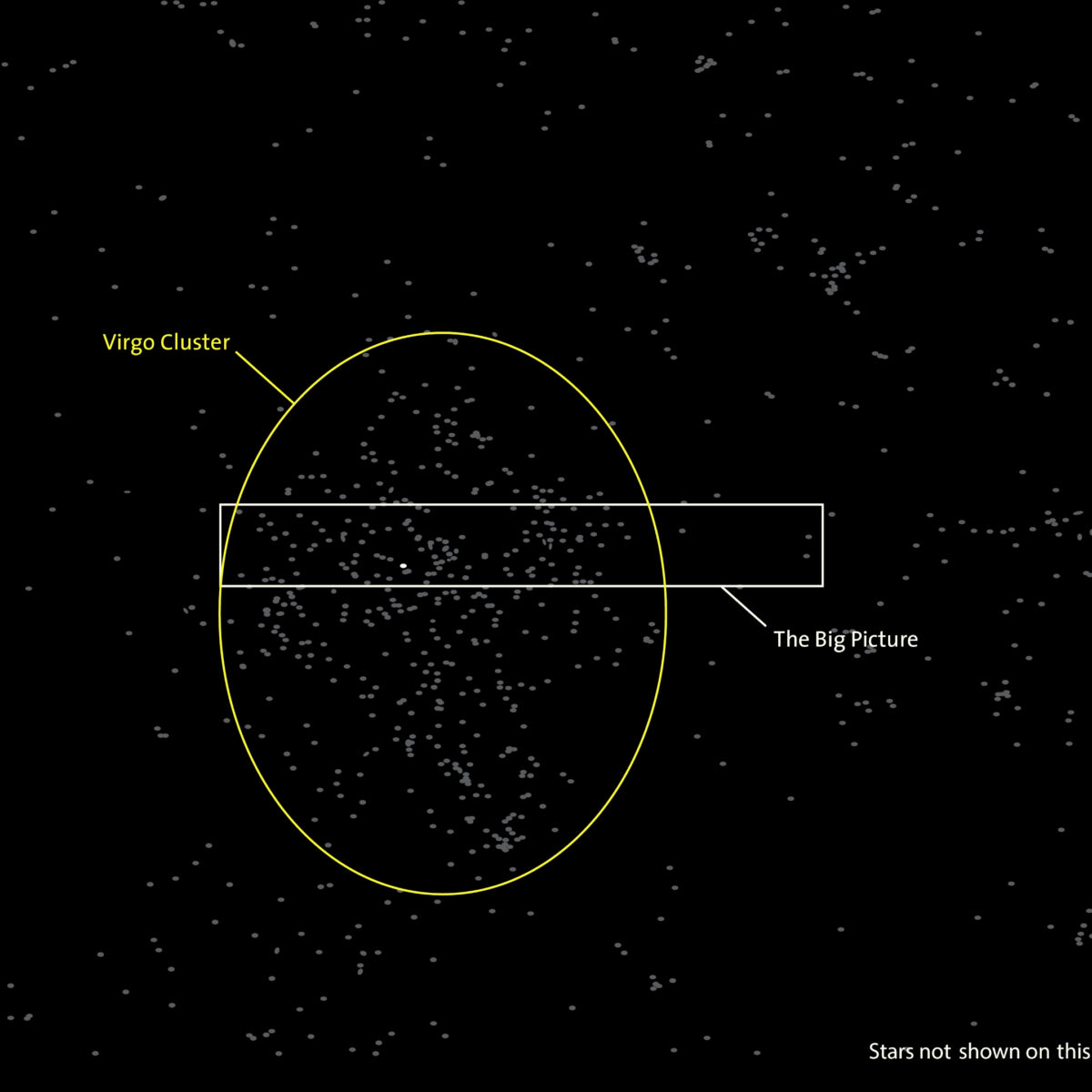 The Structure of the Universe

Galaxies are the main building blocks of the universe. They are not distributed uniformly in space but instead are arranged in clumps and clusters of all sizes.

A map of the galaxies in the constellation Virgo shows a grouping of hundreds of galaxies that we call the Virgo Cluster. This kind of clustering structure is seen throughout the universe.

Galaxies Are Found in Clusters

Galaxy clusters make up what astronomers call the large-scale structure of the universe. The pattern of clusters formed from fluctuations in the early universe that existed right after the Big Bang. Galaxy clusters exist in three-dimensional space. The Milky Way belongs to the Local Group and is 50 million light-years from the Virgo Cluster. All are part of the larger local Supercluster, which stretches across roughly 200 million light-years. 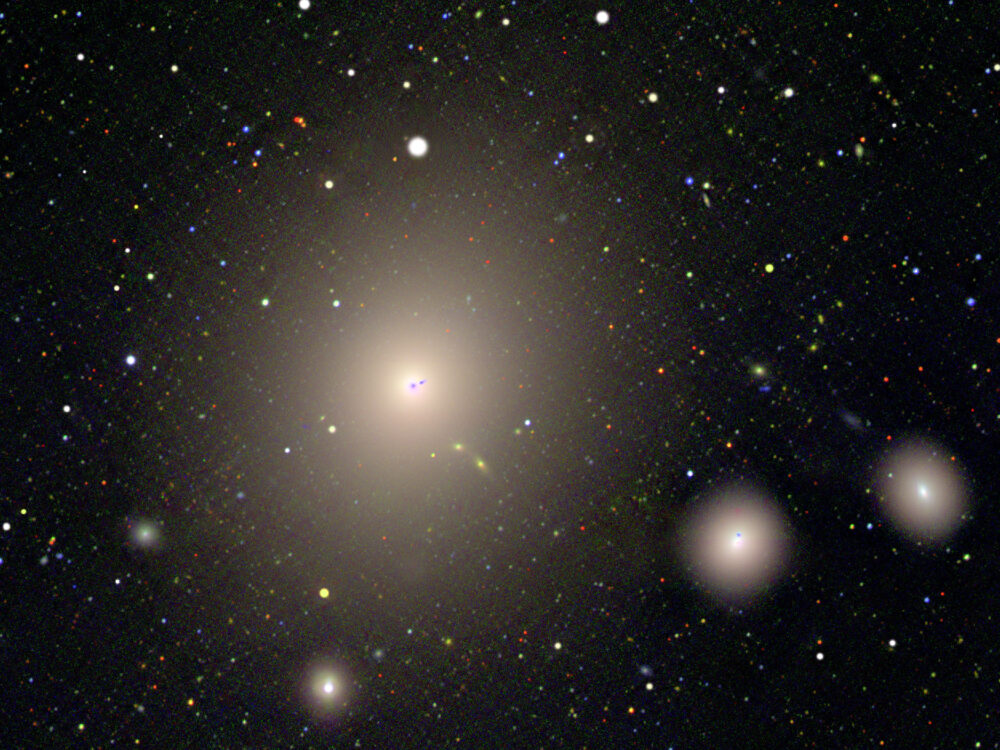 The Virgo Cluster contains the large elliptical galaxy M87. It is more massive than the Milky Way, but M87 looks different because it has no spiral arms. Its stars are old, and very little gas and dust exist there to form new ones. Like the Milky Way and most other galaxies, though, M87 has a supermassive black hole at its heart.

M87’s black hole is far more active than the Milky Way’s. Material is pulled in by the strong gravity of the black hole, where it is channeled into a rapidly spinning disk. There it is heated and becomes electrically charged. The energy generated has to go somewhere, and so the charged particles are carried away from the black hole in a jet that stretches across thousands of light-years.