Griffith Observatory is the product of one man’s singular vision for public astronomy: Griffith J. Griffith (1850-1919). Our Griffith exhibit in the W.M. Keck Foundation Central Rotunda celebrates his contributions to Los Angeles. The exhibit features the signed 1896 Los Angeles City Council resolution accepting Griffith’s donation of the land for Griffith Park as well as the official portrait of Griffith. This was painted after his death and so includes the completed Observatory over his shoulder.

Anchoring the exhibit are the words Griffith was reported to have uttered after looking through the largest telescope in the world at Mount Wilson Observatory: “Man’s sense of values ought to be revised. If all mankind could look through that telescope, it would change the world.” Griffith envisioned a major public observatory in Griffith Park where the people of Los Angeles could be transformed by experiencing the marvels of the night sky. Though he did not live to see the Observatory built, Griffith’s will of 1916 ensured that his vision was realized. The building opened May 14, 1935, and has become a beloved icon of the city Griffith loved. 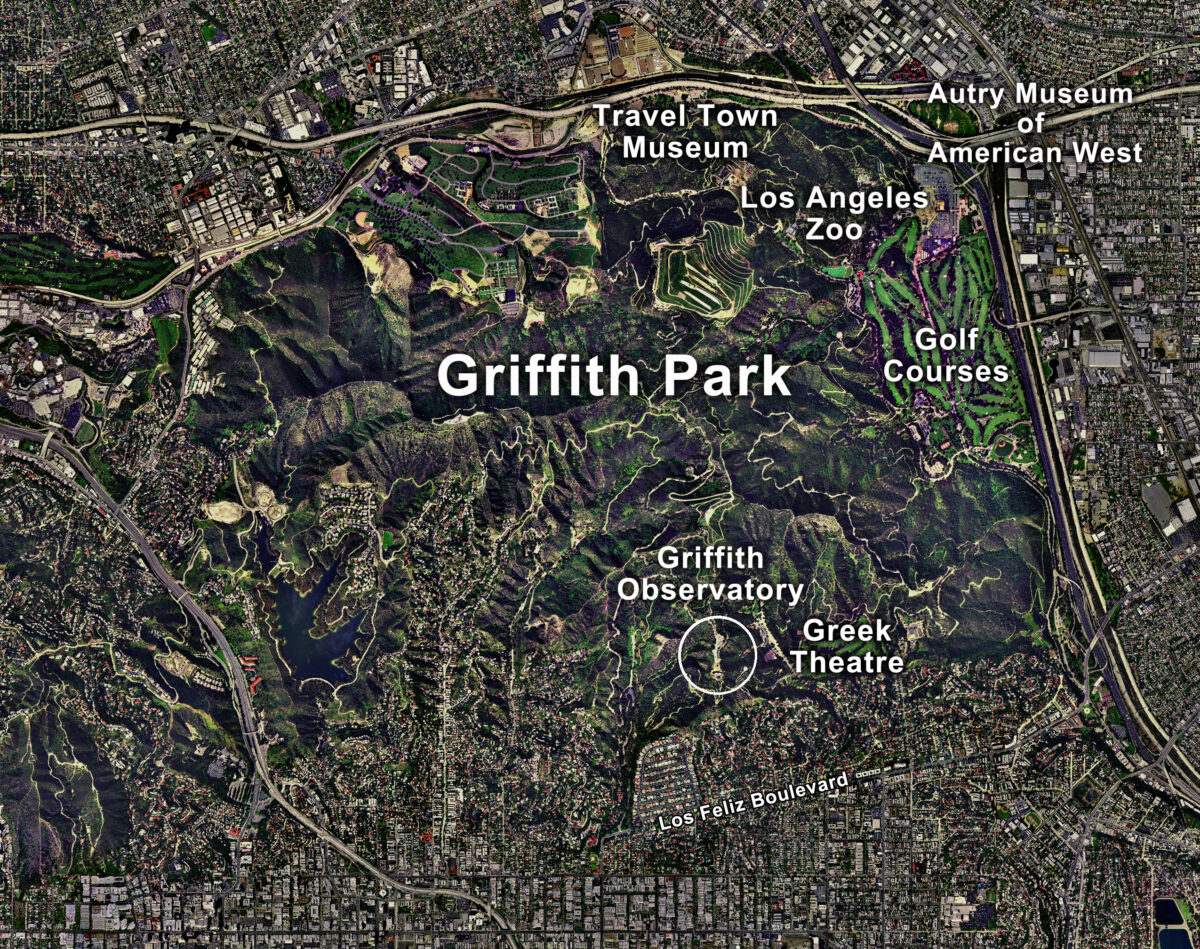 Colonel Griffith J. Griffith got rich through mining and real estate. In return, he decided to give something back to his adopted hometown of Los Angeles. Inspired by his travels in Europe, he declared that great cities had great parks, and he wanted Los Angeles to have the greatest one in the U.S. So, he donated 3,015 acres for use as a free public park. 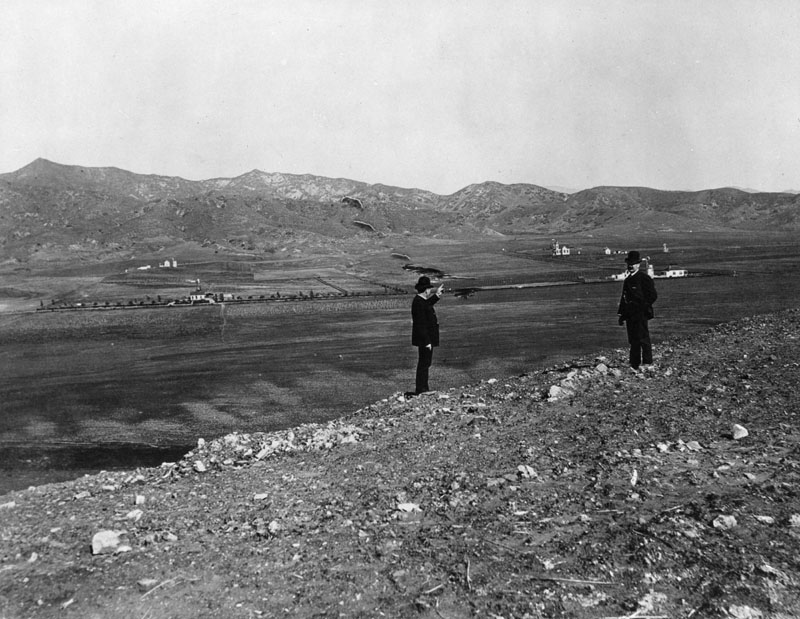 When Colonel Griffith made his offer to Los Angeles in 1896, the city’s population was roughly 100,000. The land he wanted to donate was a sparsely developed area a mile outside of the city limits. The Los Angeles City Council worried people would not travel that far and new roads would cost too much. Fortunately, the council voted to accept the gift. Today Griffith Park sits at the center of a busy metropolitan area of 10 million people. 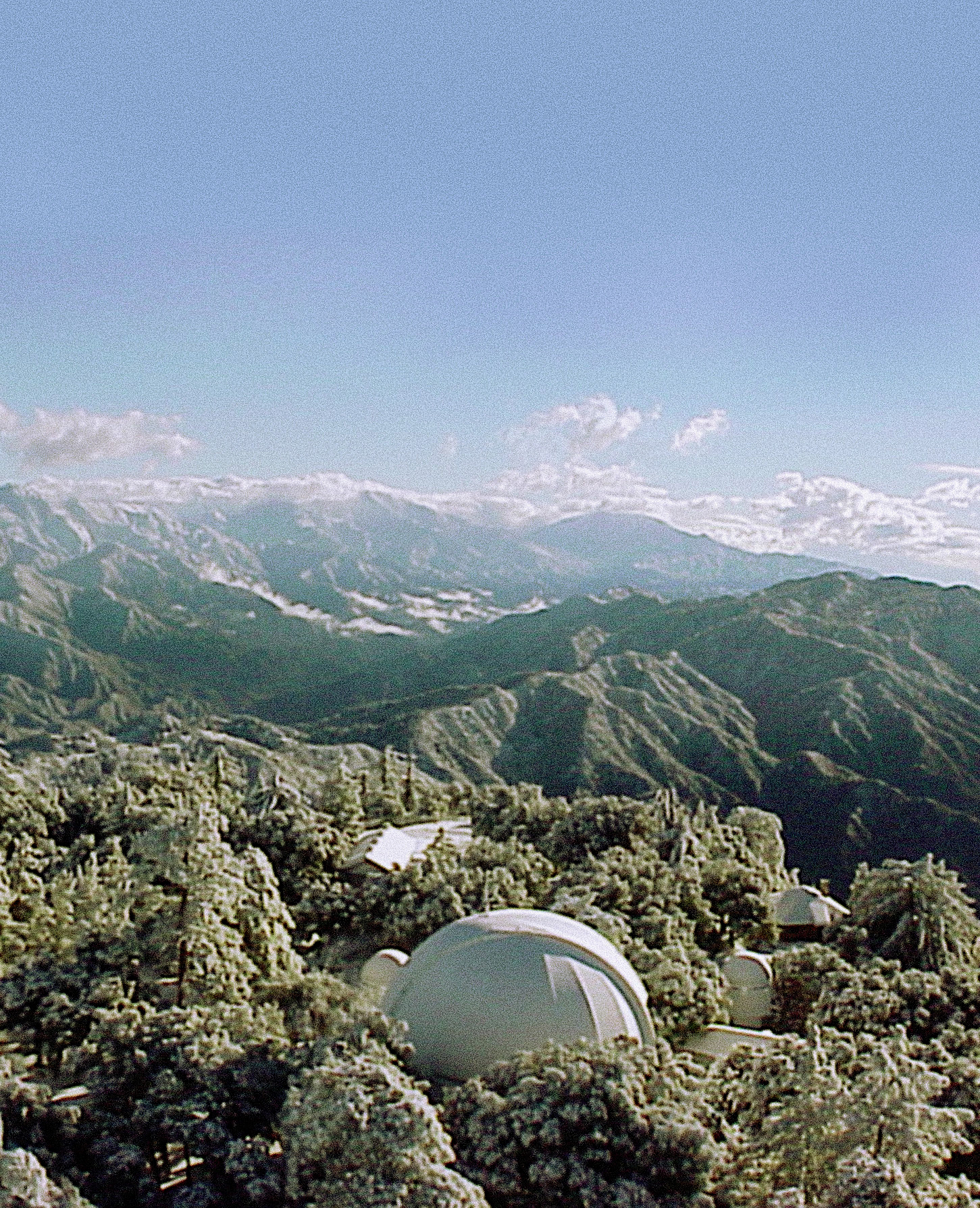 Colonel Griffith loved astronomy. He often met with local astronomers, including George Ellery Hale, who had established an observatory on Mount Wilson in 1904. When he looked through its 60-inch telescope (then the worlds’s largest), Colonel Griffith realized that telescopes and astronomy could alter a person’s perspective on the world.

He decided to construct an observatory and give it to the people. It would enable everyone to have an experience similar to his own. Although Colonel Griffith was unable to fulfill that vision during his lifetime, his will helped others make it happen.

Colonel Griffith wanted his facility built on Mount Hollywood, overlooking Los Angeles. It was intended to provide an unobstructed view of the sky and a panorama of the growing metropolitan area. It was to feature free public telescopes, a “Hall of Science” filled with exhibits, and a theater for educational films (this was before planetariums were invented). Colonel Griffith also left funds to build the Greek Theatre, where the public could enjoy musical and dramatic performances. 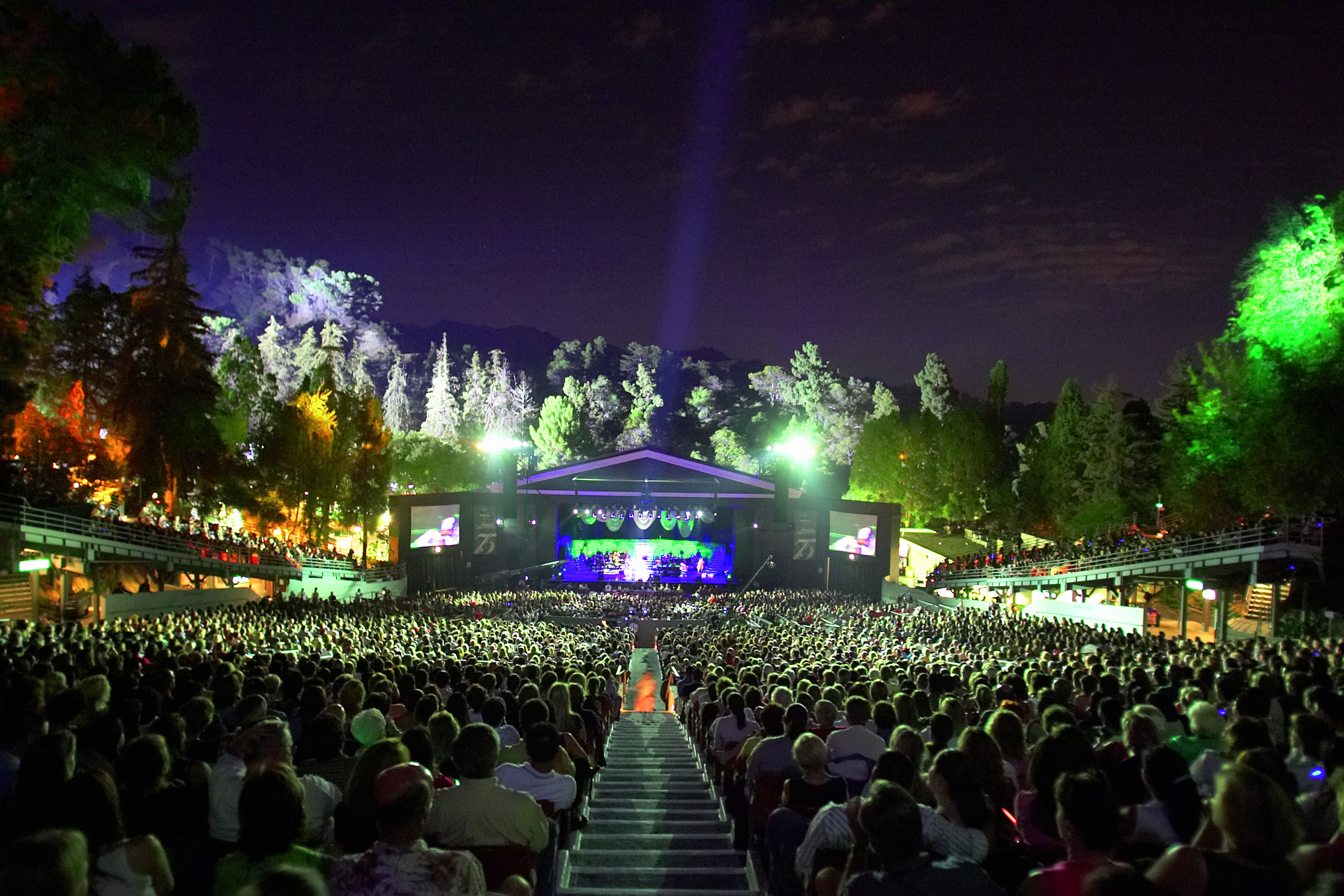 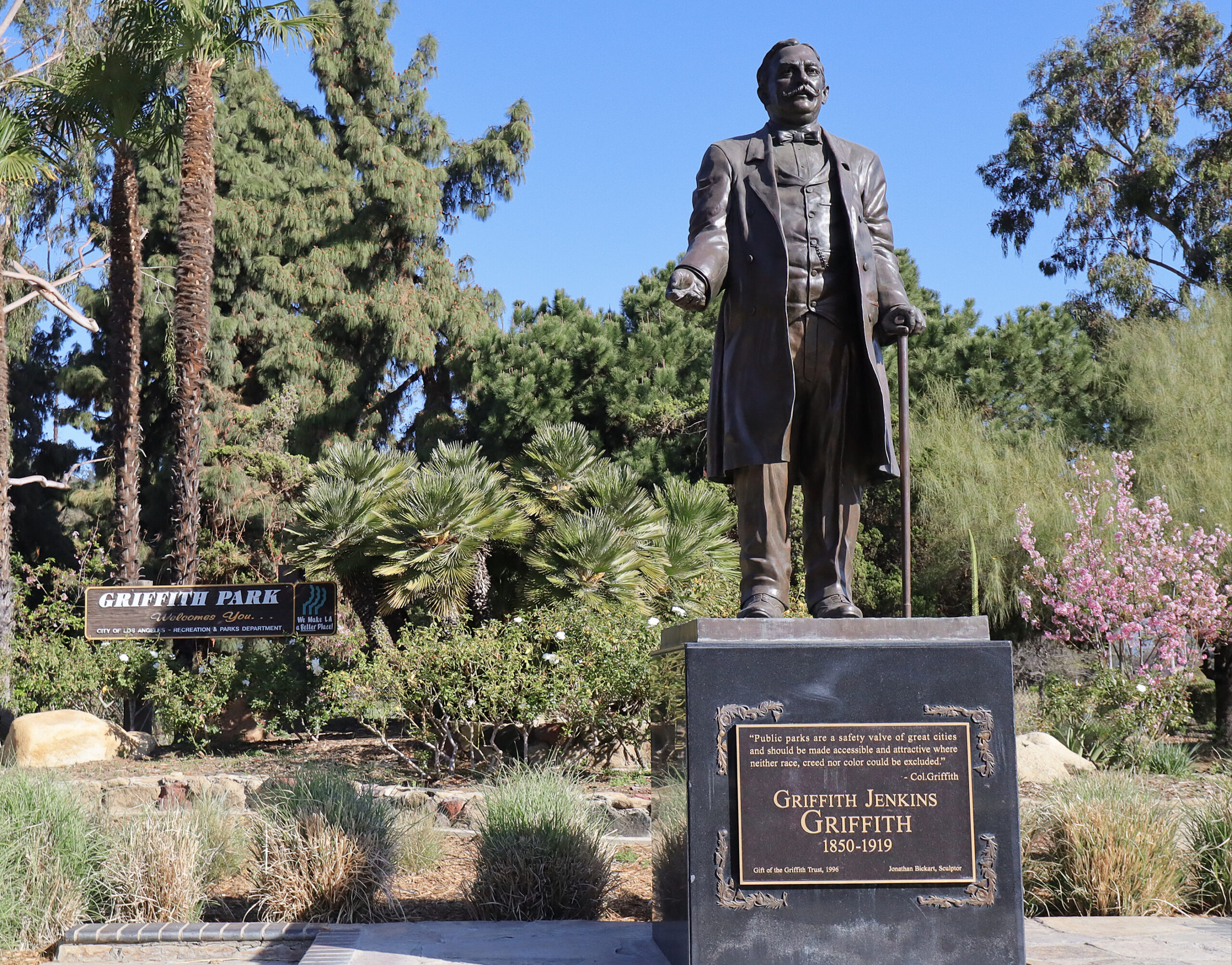 Colonel Griffith J. Griffith was born in Wales in 1850. He came to America as a teenager and worked as a journalist and mining adviser. Colonel Griffith made his fortune in Mexican silver mines and invested in Southern California real estate. He moved to Los Angeles in 1882 and spent the rest of this life here. Until his death in 1919, he worked to improve the city and Griffith Park, where his statue stands at the east entrance.