The effort started in 1978, with the creation of Friends Of The Observatory (FOTO) by Observatory Director E.C. Krupp and Debra and Harold Griffith (Harold was Griffith J. Griffith’s grandson). Planning for the renovation and expansion project began in 1990 with development and approval of a Master Plan. Throughout the 1990s, FOTO worked with the City to secure the baseline public funding needed to get the project underway, though a substantial amount of the total funding for the project ended up coming from private contributions to FOTO. With architects hired in 1997, the City and FOTO established a unique public-private partnership focused on four primary goals: renovation; expansion, planetarium; and exhibits. The Governor of California, Mayor of Los Angeles, and other public officials broke ground for the project on October 30, 2002, and construction started soon thereafter. Theater and exhibit installation took place mostly in 2004-2006. The building reopened to the public on November 3, 2006. 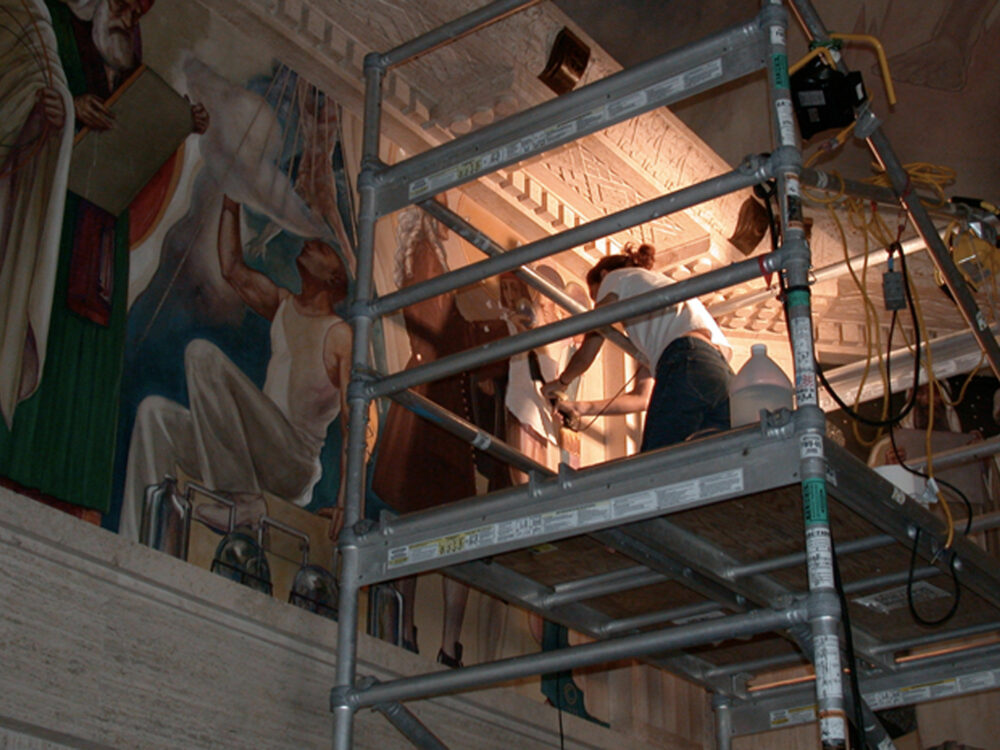 After nearly 67 years of continuous use and 70 million visitors, Griffith Observatory was nearly loved to death by the very public it served. When the building closed in January 2002, it was very much in need of renewal. As part of the renovation and expansion project, all elements of the building were restored to their original grandeur and improved for the modern level of public use. 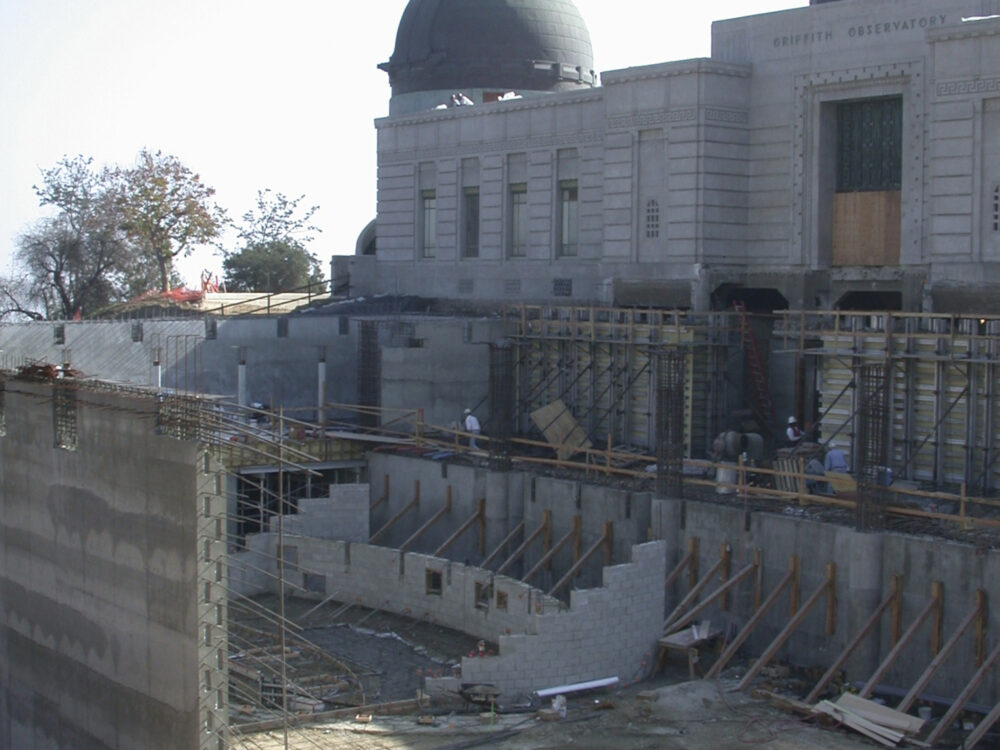 Nearly 40,000 square feet of public space have been added to the existing building primarily by excavating under the front lawn and west terrace. Additions include a large, multi-level exhibit gallery, a 200-seat presentation theater (Leonard Nimoy Event Horizon), classroom, café, bookstore, and new entrances and ramps to improve access to/in the building.

In addition to the preservation and restoration efforts in the existing building, substantial work went into improving the Observatory building to make it better able to serve its large base of visitors. 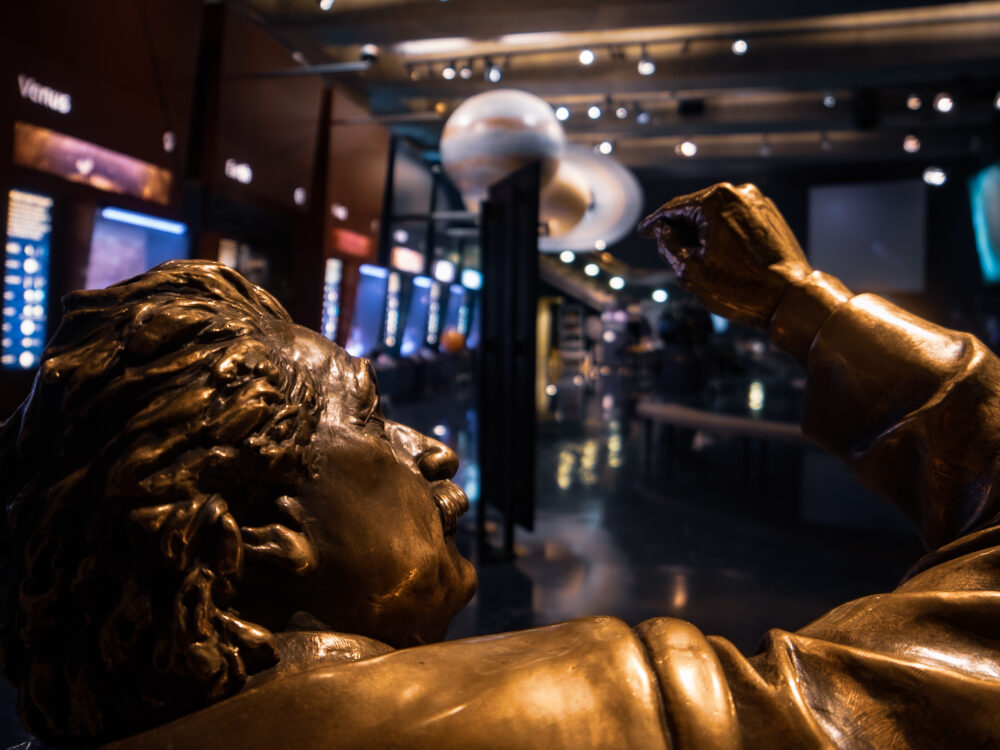 The renovation and expansion of Griffith Observatory offered the opportunity to rethink the building’s entire exhibit program. Even with 20,000 square feet of exhibition space in the expanded building, this meant an exhaustive exploration of astronomy was neither practical nor desirable.

Griffith Observatory was originally conceived by some of the finest scientific minds of the 1930s and built with the finest materials of the day. The City of Los Angeles and Friends Of The Observatory were committed to that spirit of excellence in every aspect of the renovation and expansion project. The ambitious $93-million project renewed the Observatory’s world-class standing and restored and enhanced the Observatory’s ability to pursue its public astronomy mission, all driven by a commitment to excellence and enabled by a successful public-private partnership.

The total cost of the renovation and expansion project was $93 million. Roughly 70 percent of this total $66.5 million) went toward construction-related costs, which include architectural design and drawings. The balance was for exhibit development ($14.8 million), planetarium equipment and show production ($8.5 million), and other expenses (3.2 million). Both public ($67.4 million) and private ($25.6) sources provided funds for the project. Friends Of The Observatory (FOTO) directly raised nearly a third (over $30 million) of the required funds and also participated actively in securing much of the other funding for the project.